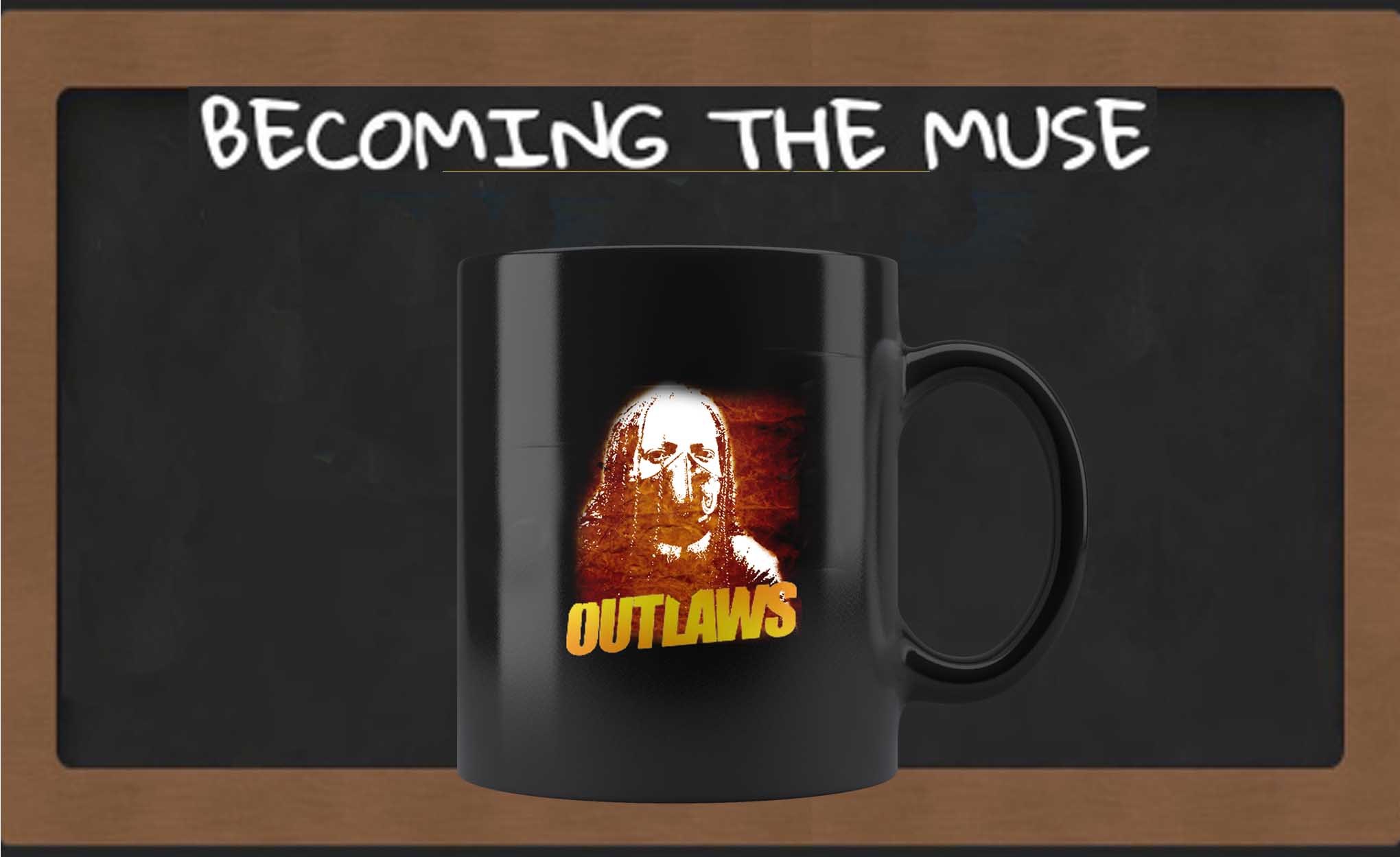 If you were having coffee with me I would be happy to have you visit, make yourself at home, do you still sing happy birthday for 20 seconds while washing your hands? Its crazy how we bend the rules a little or make up new ones as we go along, there’s a bit of an outlaw in all of us.

There’s a phrase or variations of this phrase which I found profound:

If having coffee with me were outlawed only outlaws would have coffee with me. There’s a certain roguish charm in being an outlaw, maybe its because back when we grew up, the wild wild west had a rustic appeal to it. Billy The Kid, John Wayne, Calamity Jane, Rita The Kid, Buffalo Bill.. I can hardly separate the fact from the fiction, movies set in the wild west, tumbleweed rolling past two gunslingers ready to duel at high noon… *cue western whistle soundtrack*

I dreamt of having my name on a Wanted Dead or Alive poster with a very large bounty.. of course I wouldn’t be an evil outlaw, no, I would be like Robin Hood and his band of merry men, stealing from the rich to give to the poor, standing up for those who could not fight for themselves and those with problems that nobody else could solve… If you could find me, I might either help you or shoot you dead.

If you were having coffee with me, I would tell you that I felt a bit like an outlaw the other day. I needed to get into town but as I am neither an essential service provider nor have I gotten round to forging erm acquiring Lockdown Exemption Travel Papers I had to come up with a work around solution. I decided to put my jogging skills to good use.

You see, people are allowed to go out jogging, provided, they are within their locale… I dressed like a jogger, hopped into a ZUPCO bus and dropped off round the bend from the security check point (well it would not be prudent to let them see me get off from the bus now would it) Then jogged right past the security point waving at the officer with the gun who was watching as the police directed everyone onboard to disembark from the bus and present their papers, those without approved papers are detained and charged with unnecessary movement during COVID lockdown…

If you were having coffee with me, I would tell you that as I jogged the 5km stretch into town my thoughts were wondering at the unfairness of it all, as people driving in their private cars past the roadblock were hardly stopped (unless you drive a Honda Fit or Vitz and other such small cars used as pirate taxis known as mshikashika) but if you are in a ZUPCO bus the only allowed public transport operator you will definitely be stopped.

No one talks about it, but only a fraction of the people actually have genuine exemption papers and when you get into the CBD it seems almost business as usual and I can bet all the money in my bank account (which isn’t very much) that very few of those you will meet are essential service providers… not saying that our purpose to be in the CBD is not valid but the law has turned us into outlaws, each week some new drective is gazetted…

One cant have more than one mobile wallet, one cant transact more than ZW5000  (aprox. USD$50) a day, granted I never transact that much in a month but still…

There’s a bill coming soon about how one should not de-campaign their country and a Social Media Bill that should be law by October and its easy to predict how it will be used… Having an opinion that is not the correct one makes you an outlaw, a bad apple trying to incite violence..

If you were having coffee with me I would tell you that Patson Dzamara who turned activist after his brother Itai Dzamara went missing (said to be abducted by state operatives) five years ago, passed away from cancer of the colon. He never stopped questioning the government on what happened to his brother and he died without ever finding the answers… The founder of the main opposition party Morgan Tsvangirayi also died from colon cancer and some conspiracy theorists say they would not put it past the government to have somehow weaponised cancer…

Chadwick Boseman best known for his role as King T’challa Black Panther also passed away from cancer of the colon. The world has been shocked how it seems no one knew he has been battling cancer for the past four years, he probably had his reason for keeping it under wraps not wanting people to make a big deal of it or gain favours from sympathy and pity… #wakandaforever.

If you were having coffee with me I would tell you that the power utility company finally released a communication on the recent power outages…. the forecast looks dark

If you were having coffee with me, I would tell you that speaking of outlaws September on my blog will be scamtember, I am going to be sharing posts from the times I got scammed or nearly cheated, played and or otherwise hoodwinked… Stay tuned, it might be fun, informative and feel free to join in.. Have you encountered any scams or questionable dealings, why not share the stories it might save someone.

Which reminds me lest you think I had forgotten, I would like to say congratulations to @SueNyakubaya who celebrates her golden scars at KinstugiOnline.. The Advocate of UnpopularOpinions with his philosophic ramblings even though he did not follow the rule, and @MissKay_zw who blogs at MissKayBlogs who again didn’t follow the rules but lets consider this a birthday gift… cheers outlaws for participating in the anniversary special.