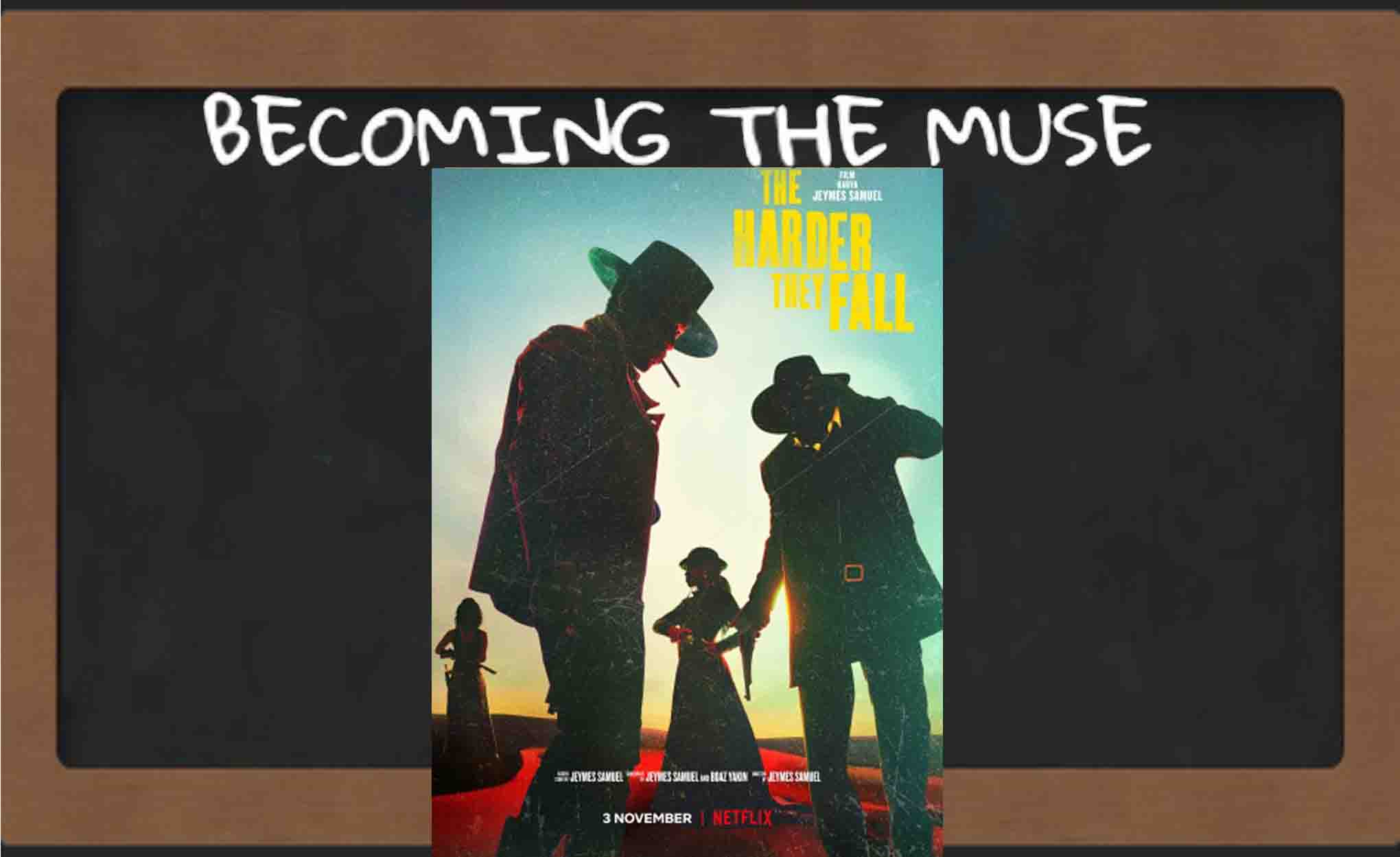 The Harder They Fall

The Harder They Fall is a 2021 American Western movie directed by Jeymes Samuel and produced by Jay-Z credited under his government name of Shawn Carter. The film has received acclaim for reimagining the Old West and having an all-black principal cast in a western.

The premise of the movie follows a typical western trope; outlaws, quick draw and revenge, when an outlaw learns of the release of an arch-nemesis from jail and teams up with his old gang for retribution.

The opening sequence of the movie shares an interesting tidbit that the characters depicted in this production are modelled from people who existed, however, everything else is pretty much artistic liberties and subject to creative interpretation… more on this later in the post.

I grew up watching Western Movies (and by that I mean American Old West movies as opposed to the street distinction for movies made in the West or overseas i.e. Hollowood, from African Movies.. During my stint at a video club this was fodder for colourful misunderstandings) Point is I loved western movies and The Harder They Fall gives a sort of fresh insight into the Old West, carving out a path for a different trajectory for western movies.

For starters, the music; fun fact, Jay-Z assisted director Samuel (who is musician Seal’s younger brother) on the soundtrack. Reggae music in a western movie, that’s not something one is accustomed to, but why not? The orchestra score that was synonymous with Spaghetti Westerns was not actual music from the Old West, it was just the music of the day in film… Samuel took old school reggae as the foundation of the score, giving the film its own Afrocentric Western Voice.

Visually, the cinematography is breathtaking, and makes the use of wide shots to capture the surrounding action in a scene… made more dramatic by characters breaking into song or whistling a song that later morphs into the soundtrack, as if the movie is one note away from being a western musical story.

The casting is on point and each character from the lead to the supporting ones play their part with aplomb, to give one heck of a performance. I was particularly fond of appearances by Cherokee Bill as portrayed by LaKeith Stanfield who almost stole the production with his performance as a witty, smooth-talking, sharpshooting, deceptively-calm member of the Rufus Buck Gang.

While the movie bursts through stereotypes of western movies; taking the old to new; it also still maintains some tropes which have been hallmarks in a good western movie; Bank robberies! Train robberies! Jailbreaks! The quick-draw!

The plot is a bit all over the place… some things that are supposed to be a big reveal are pre-empted in a preceding scene and what is set up to be a plot twist becomes convoluted storytelling and actions which serve no discernible purpose in the grand scheme of the movie.

The opening scene which could be a dead ringer for an updated version of the opening of The Good The Bad and The Ugly, has mysterious characters whose faces are not shown, as if building up to some big reveal and looks like its only to hide how much time has passed from then, till the next act when a boy grows into a man, and the other guys, would be much older, hmmm didn’t think that one through.

The characters aren’t really good or bad, they are just motivated by their own personal crusades and will do what they have to do, which gives a bit of a moral dilemma. If you look at it from a certain perspective, at the end of the day, they are all outlaws but some have redeeming qualities, but are they enough?

Idris Elba’s character Rufus Buck is supposed to be the big bad wolf and a main part of the plot, but he is mostly somewhere off screen and he’s character feels a bit under-developed for one to fully appreciate the story arc…

Having been fascinated by the characters I looked up some of them and was somewhat disappointed to learn that for the most part, the only thing relatable to the true-life exploits of the real people who inspired the characters, was their names, everything else was just vibes...

At first pass, the casting seems great but upon a closer look, there’s some problematic detailing. The movie has received criticism for casting the main Love interest as a light-skinned woman and its feeding into the colourism stereotype of the movie industry. Additionally, the real Old West Stagecoach Mary resembles nothing like her character played by Zazie Beetz… except for the preferred weapon of choice.

As mentioned at the beginning of the post the movie is a work of fiction but the people existed. The Harder They Fall is not a biopic and so its casting choices are subject to creative reinterpretation, just like the story…

Perhaps the movie’s purpose is to serve as a talking point, before this movie many of us would have never known of the characters who inspired this movie, let alone their stories…

Have you watched it? Are you a fan of westerns?