You are familiar with the Three Mystic Apes also known as the Three Wise Monkeys:

Well there is fourth whose wisdom and mysticism is somewhat debatable:

He sees nobody, he hears nobody and he speaks to nobody……. and yet on the internet the world is his oyster……

I always take what I read on the internet with a pinch of salt because much as it is a fun creative space, reducing physical distance into nothing more than a click on a screen, it seems to warp reality as we perceive it……

The more our phones capture reality, each new model with better camera, higher number of pixels and a bigger  screen with high definition screen; the less we actually experience it. It seems we have become a generation that seeks validity and relevance by the number of likes and retweets we get online, outsourcing even our conscience to online personas.

Sometimes it seems like people go out of their way to post pictures or share video clips from their lives to prove how they have made it in life or how awesome their dream holiday is even how perfect their relationship is. Almost as if they need the world’s approval to convince themselves that they have indeed arrived. Well maybe you have made it, but as for the rest of the easily swayed world who try to compete every second of their lives to a single moment, captured in a well-timed photo, disappointment awaits you…

Valentine’s has come and gone; with its commercialised; over hyped up trimmings, and of course throw in smart phones and the internet and suddenly people out to show how their better half is best; better than anyone else’s. Some seem to date simply so they can show off. I am sure a relationship is not a competition and Relationship Olympics are not an actual Olympic event but hey people are out there winning the Boyfriend Olympics and the Girlfriend Olympics on the internet. 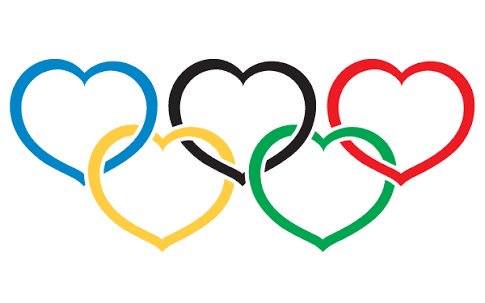 How do you stay in your lane if you want to Keep Up With The Internet Citizens who star in their own Reality Shows right on our internet timelines.

I read an interesting quote along the lines of :

I wonder if he knew, Alexander Graham Bell, back when he invented the telephone how much control his invention would have over our lives

PS why wait only for Valentine’s Day to show how much someone means to you anyway? Live every day like its Valentine’s day.