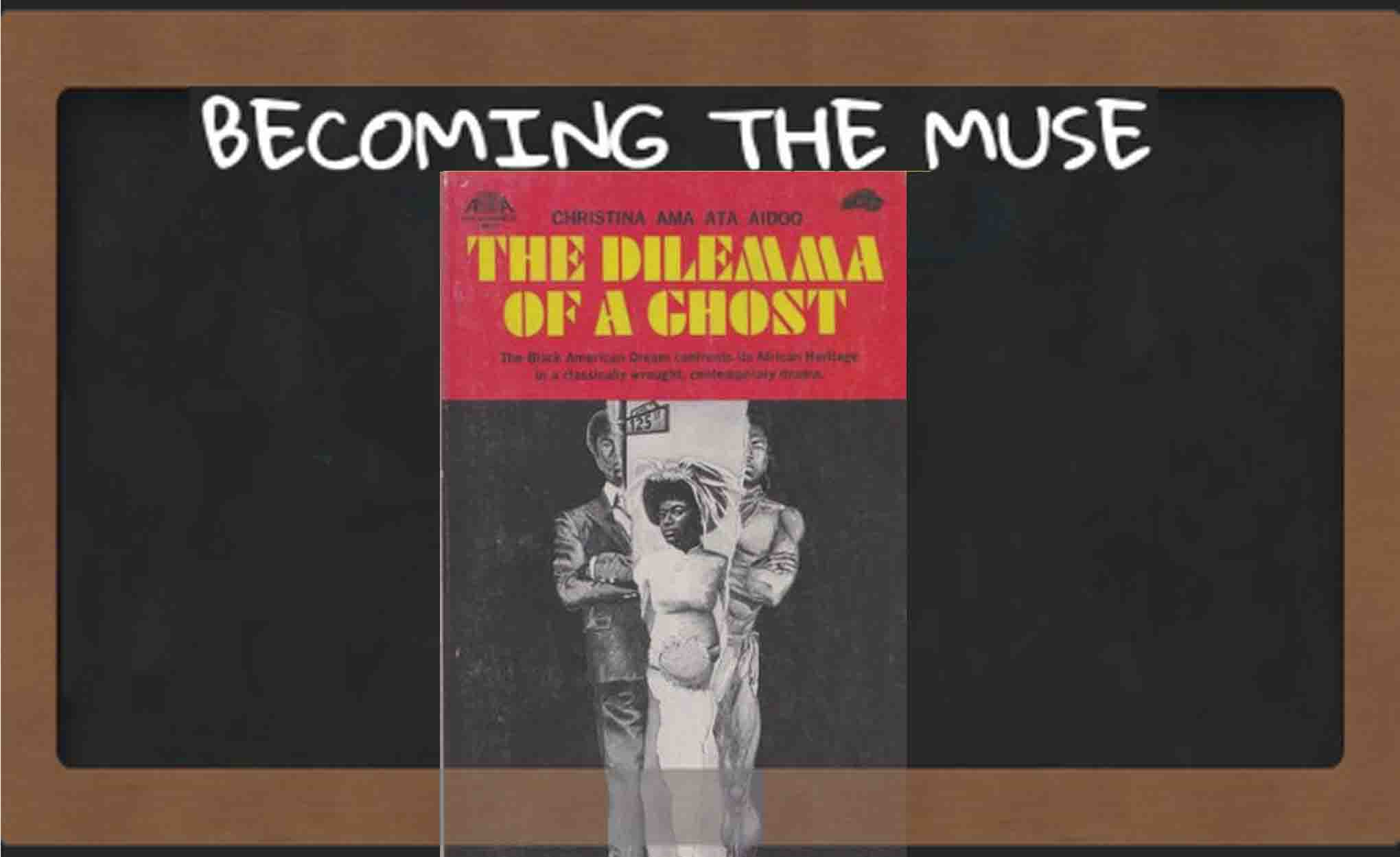 The Dilemma Of A Ghost

The Dilemma Of Ghost is a play by Ama Ata Aido a Ghanaian author, poet, playwright and academic who was Ghana’s Minister Of Education for 18 months from 1982, resigning after realising that she would be unable to achieve her aim of making education in Ghana freely accessible to all.

She wrote The Dilemma Of A Ghost while enrolled at the University Of Ghana where she obtained her degree of Bachelor of Arts in English.

The play was first presented in 1964 at University of Ghana by the Students’ Theatre, then published by Longman the following year, making Aidoo the first published African woman dramatist.

I learnt of this play when I caught, a stray tweet enquiring about being haunted by a book…

The title intrigued me The Dilemma Of Ghost, so naturally, I sought out the high seas to find it, *pirate laugh*

The Dilemma Of A Ghost

The Dilemma Of A Ghost is a very short play in Five Acts.

Bearing in mind it was written in 1964, it’s a reflection of the age old conflict between tradition and ….. lets call it change as I cant find the word want I want to encompass the aspects of the following: progress, change, civilisation, modernisation…

The Dilemma of a ghost is a play about a son who has just graduated from an abroad university (America) at great expense to the family and returns home (Ghana)…. with a bride, an African American graduate with apparently an expensive taste for liquor, cigarettes and machines (the village is scandalised that her food never touches the fire or that she needs her water cooled in a machine)

It’s a very short play, but it explores a vast range of stereotypes such as a foreign wife trying to settle into a culture foreign to her, which seems more like a battle between her and them and they have already decided not to like her, as their prized son who was supposed to return from abroad with riches and settle down with a local girl from a nice family, instead. brings back a descendant of slaves…

And naturally, the family cant mind its own business and when a few months have passed and the happy couple has shown no sign off pregnancy, of course, they must get involved. The concept of family planning and birth control is as blasphemous as someone crowning themselves God, with power over life and death…

PS For those in Zimbabwe, check The Harbingers of Happiness @Book_Fantastics for your book fix.