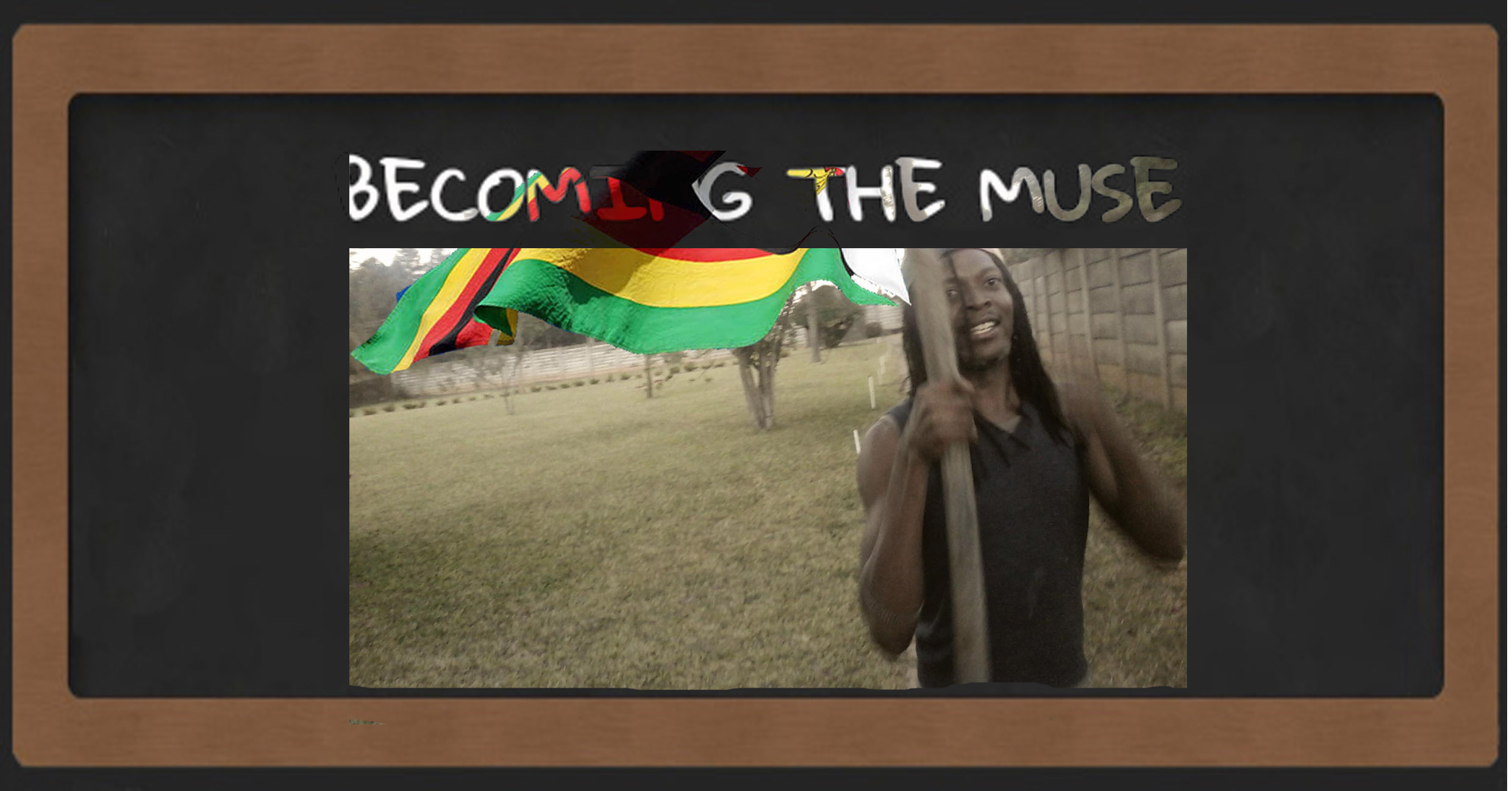 If you were having coffee with me I would ask you to picture this a stadium filled with jubilant people and the legendary Bob Marley belting  out the lyrics to Zimbabwe:

Every man gotta right to decide his own destiny

The year was 1980, the occasion was independence day 18 April

That was then…. this is now 37 years later and a 93 year old president who has been around from then.

If you were having coffee with me I would ask you, if you know when a coup is not a coup?

A coup is not a coup when the citizens rally behind their defence forces when military helicopters fly overhead and people cheer, shake hands with soldiers on their armoured personnel carriers and take selfies with them. 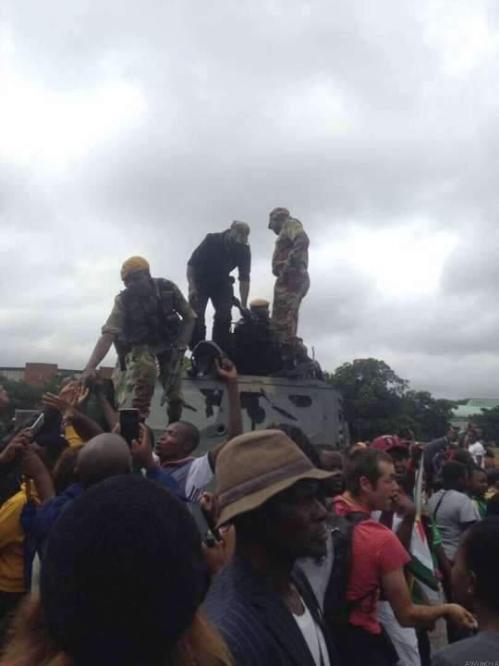 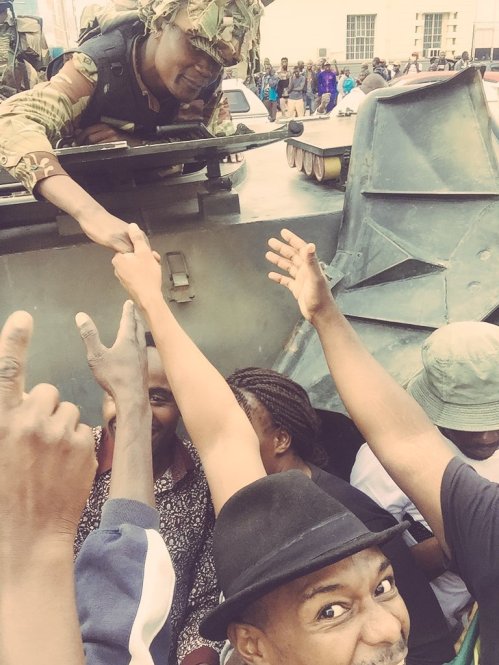 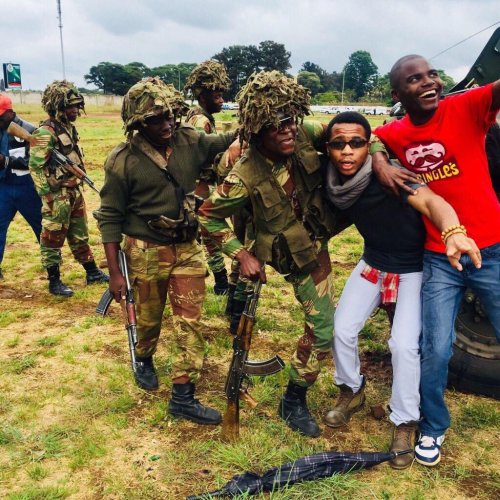 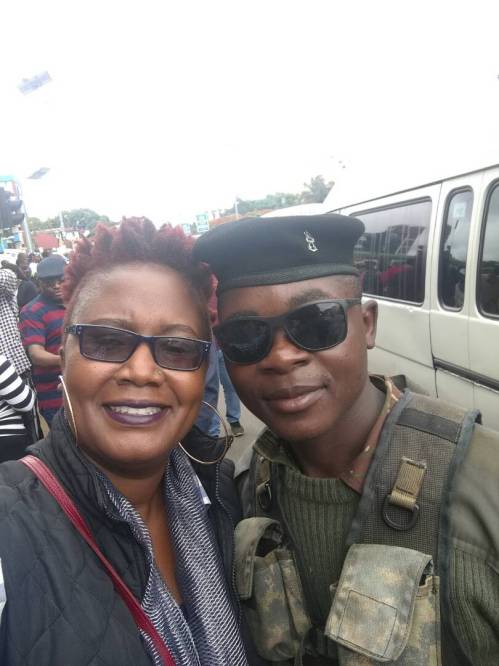 18 November 2017 history was made in Zimbabwe as Zimbabweans took the streets to march to the State House and protest an end to the Mugabe Dynasty. Zimbabweans throughout the world joined marching to Zimbwean Embassies in their respective countries. 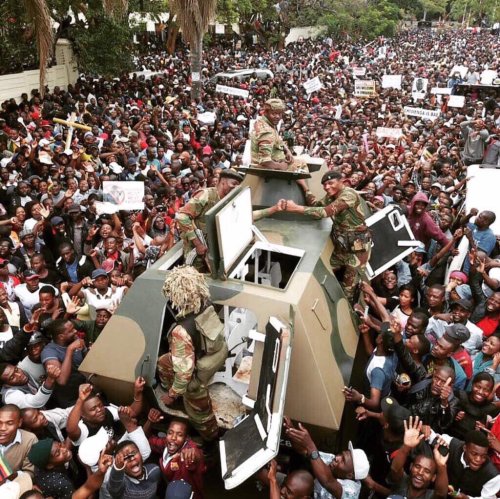 If you were having coffee with me I would tell you that the euphoria is contagious, its hard not to feel a certain elation when suddenly you can say something you have always wanted to say but did not want to be charged with treason….

Our dear president why don’t you rest? 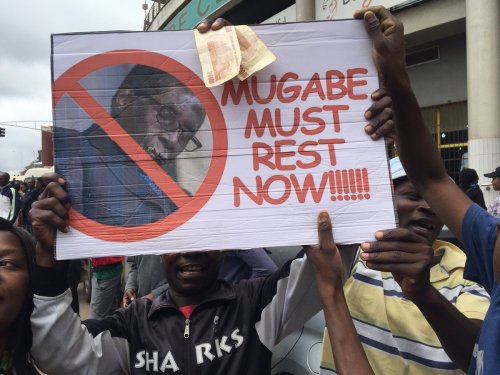 I will confess once upon a time he was my hero he came to our school with Prince Charles and Princess Diana, he told us he drank tea with the queen, our class recited a welcome poem…..

but you know the cliche:

“You either die a hero or live long enough to see yourself become the villain.

Of course there are the analysts and the woke crowd who will rain on our parade, tell me that we are being used to make the army look good, tell me how the same army has kept  Mugabe in power, tell me that the ruling party will still be in power tell me, how its unconstitutional, how we need to push for democracy, how to think, how to act, what to stand for……

Well I dont know what tomorrow will bring but today I will enjoy my participation I will tell my story I was there when history was being made.

The euphoria is contagious…. I might not know what tomorrow will bring but today, today this chapter ends!!!!#SolidarityMarch #Zimbabwe

I’ve reported on a few coups,uprisings & crackdowns. This is very different. Feels most similar to when I covered Spain’s World Cup win 🇿🇼⚽️ pic.twitter.com/QXu5IfD0Ew

If you were having coffee with me I would tell you that I dont think anyone has ever seen what we witnessed here what a time to be alive.

PS throughout this no one was forced, no one was harmed (as far as I know) and it could easily have been mistaken for the biggest street party ever themed flags and uniforms….

Credits for the images Doug Coltart,  Buhle, The Guardian, Reuters