It was the best of times,

it was the worst of times,

it was the age of wisdom,

it was the age of foolishness, 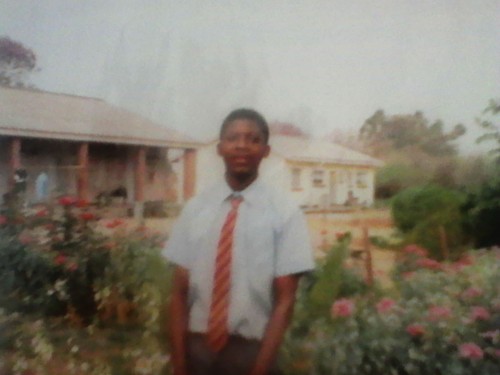 “Form ones you are farm animals, you have tails and my job is to cut those tails” those were the first words my agriculture teacher said as he introduced himself to the class. They are burned into my thoughts, I can still recall the chemical humid smell of the agriculture classroom; and the teacher was an imposing man, both in stature and presence.

He carried with him, in his right hand, a rubber whip, the way a king carries a scepter, and as he made his chilling introduction he punctuated every word, with a sickening thud, as the the whip connected with his left palm. He went around class asking students their names with a loud thwack as he brought down the whip on the front desk, almost as if in warning that if you answered wrongly the next blow would land on you.

I spent the next two years being deathly afraid of the agriculture lesson time and no I did not escape unscathed, nobody did. Sooner or later Armstrong tasted your flesh. The whip had a name, his name was Armstrong.

“Bend down touch your toes and…. Smile” he would declare as the whip whistled through the air to land on your bottom. I remember this lad crying out “My God” begging him to stop. And he replied;

I am fairly sure the school let him get away with terrorising us because he was single-handedly responsible for maintaining discipline through out the school. He was the headmaster’s chief whip no pun intended and any teacher having difficulty with students simply threatened to report to the agriculture teacher and the change was instant.

I loved English and literature class, maybe because I was really good at it, I always scored the highest, even got a prize or two. 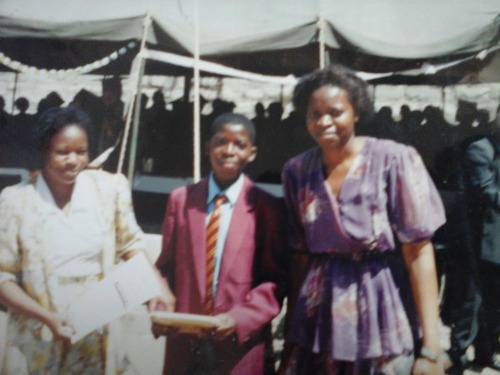 My essays were read out in class and pinned up on the notice board as an example of how you write an essay,  boy did my poor head almost burst. You can imagine what happens next, probably not so I’ll tell you, I free lanced my writing skills, no not anything as crude as cheating on assignments I was straight shooter. I “helped” people write love notes to woo their prospective “girlfriends” and in return they paid in snacks and other commodities valuable to boarding school students, and of course to never reveal my identity.

Who knows maybe back in high school, that boy who swept you off your feet who passed you sweet little notes during study breaks, who left notes in your textbooks and had letters posted and your name called out during dining time that you have mail, that could have been my words you were falling in love with. Ah yes getting letters was quite a big thing then, some people even wrote letters to themselves just to part of the letter receiving click. I wrote lots of letters and got lots of letters back I was king of that click.

Thinking about it I am surprised it only one person actually caught me out. My best friend had the hots for this girl and he asked me to work my magic, which I did. I was usually careful to try and tone it done and write the way said person would write even ask them to present a sample of the letters they wrote, so I could copy their writing style. The girl was a difficult conquest and I could see we were losing her  but I love a challenge, so I pulled out the big guns and wrote like I had never written before, I surprised even myself, and my friend was this close to getting the girl…..

Until out of the blue, the girl tricked me into a conversation which I inadvertently revealed my hand by making reference to something I should have no knowledge of.

“I secretly hoped it was you all along and you have just proved it…..” She said as she hugged me.

My best friend walked in, looked at me like I had a shiny sword in hand and would stab him in the back, he walked out back wards….

What came after maybe a story for another day….

You can find snippets of my other adventures; playing with fire HERE and something about ghosts HERE