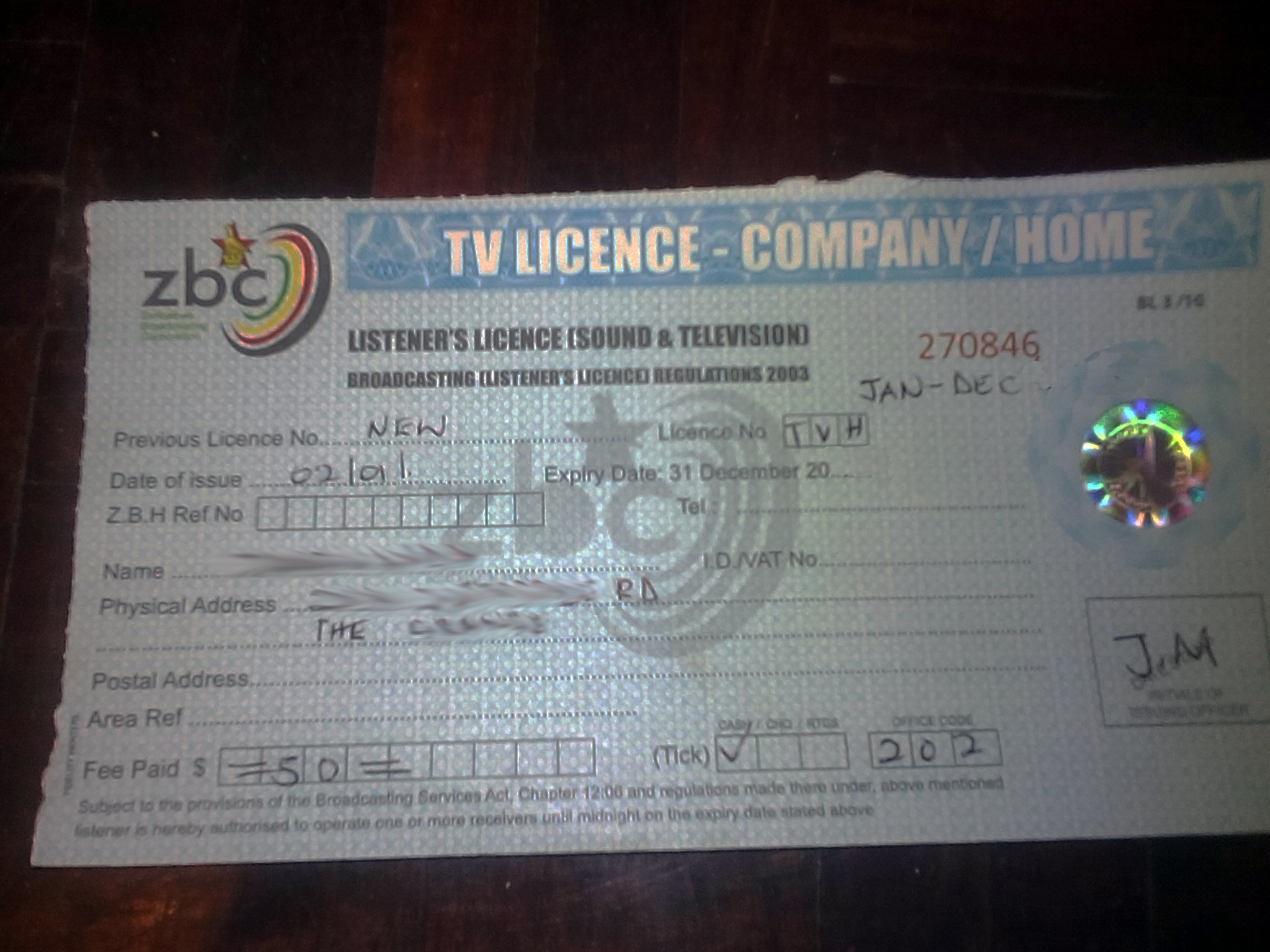 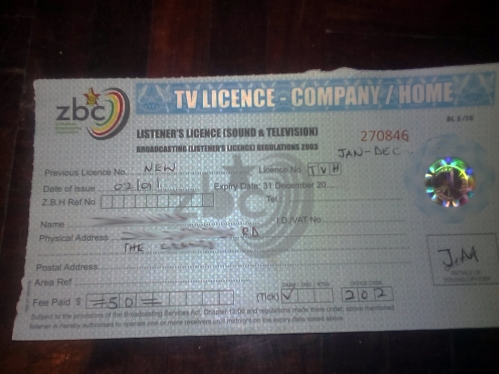 I answered a knock at my gate, only to find it was a TV Licence Inspector and he was like ‘Sir I would like to see your VALID TV licence, if you do not have one; you can either renew it because I conveniently am authorised to issue out and renew licenses or I can write you ticket and you pay at your nearest police station so in addition to paying your license you also have to pay a fine within 7 working days or risk prosecution……”

I might not know law but isn’t that a form of blackmail or extortion setup thing going on?

Anyway as I did not have cash on me nor did I want to go to jail I had a bright idea***:

***This is the same conversation path you would delve down if you were seeking a bribe, I know people who take detours to avoid roadblocks with ZBC radio listener’s licences officials because they won’t pay car radio licences…. Oh I am firmly against bribes and corruption by the way …

And that’s when I was like “….but see if I have a sat-dish, doesn’t that mean to you I care not to watch your local TV and that’s why I might not pay TV licence (if I do have a TV and I don’t pay that is…) or maybe if you had better programmes and I did not feel I was being subjected to propaganda or endless repeats of stuff I watched growing up….

hmmm how about, can you as yet bar my TV from getting a signal….. Oh you havent gone digital yet ….. so I must pay simply because I own a TV…… besides how do you even know I have a TV hey wena jus because there is a fridge in my house doesn’t mean there is milk in it, just because my hair is the way it is doesn’t make me a witch-doctor I dare you to go look for my TV AND IF YOU FIND IT.. I will gladly pay the license, but IF YOU DONT…”

The inspector just walked away shaking his head…

{Survivors will be hospitalised} !!!

Do I need radio and TV license for it too?”

PS where can I buy a TV that doesn’t have TV Tuner, not a TV but is simply a monitor? I wouldn’t have to pay a TV Licence for that now would I?

PPS would you rather have a month of Premium TV subscription or unlimited WIFI internet service?