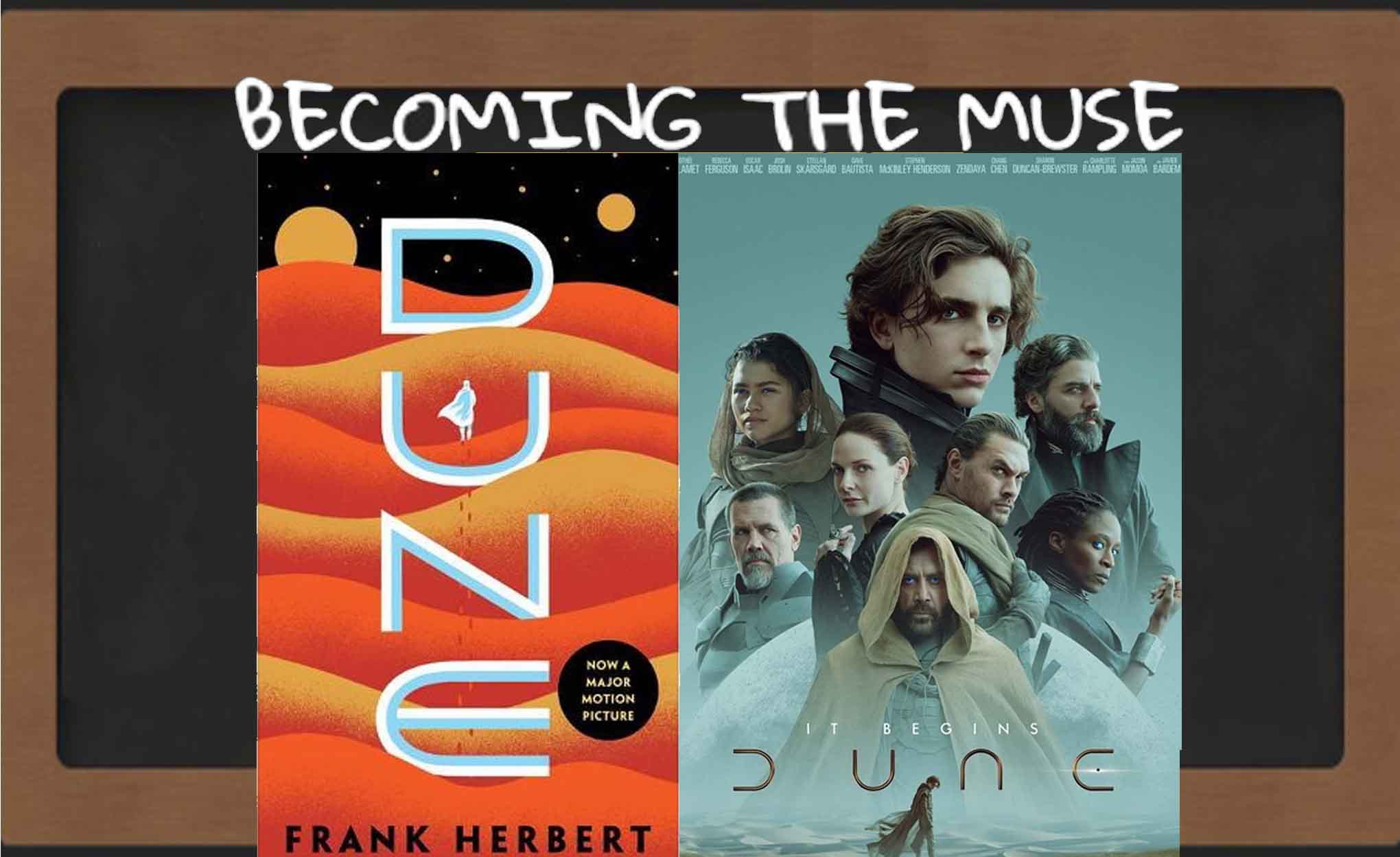 A year ago I reviewed the 2021 Dune Part One movie which went on to bag the most awards at the 2022 Academy Awards taking home six Oscar Awards in total (out of its 10 nominations):
•Cinematography
•Film Editing
•Production Design
•Original Score
•Sound
•Visual Effects

At the time of the movie release, I had not yet read Frank Herbert’s  Dune Series.

The books are not what I would call short reads, they are epic tomes (although not as crazy huge as The Malazan Book Of The Fallen Series which took me close to one and half years to finish reading)

When I watched the 2021 Dune Part One movie, I went into it blind, not knowing what to expect, while I did have the books on my TBR list I had no expectations and was blown away by the production.

Reading the book after watching the movie proved to be an interesting experience as the characters and setting from the movie had become imprinted into my brain. Thus it was exactly like and unlike watching the movie, albeit a re-imagined version of it. While the movie is somewhat faithful to the story there are some deviations.

–Dune: Part One covers the story from the first half of the first book of the Dune Book Series.

The movie introduces Arrakis through a narration voiced by Chani (played by Zendaya). Each new chapter in the book has an intro narrative by Princess Irulan (the eldest daughter of the Padishah Emperor, Shaddam Corrino IV) a character who so far has not been referenced in the Dune movie.

The move also attempts to redress the gender imbalance from the midcentury notions of the novel by introducing strong female leads and remaking the female characters.

Lady Jessica although not married to the Duke got a raised station and was not treated simply as a concubine to the duke but instead was a formidable lady in her own right and not a second class consort. And the Duke confesses to her that he should have married her. (in the book he tells that to Paul)

One striking changes is that Liet Kynes the ecologist and Judge of the Change appointed by the Imperium to ensure there is a fair transfer of power over Arrakis from the Harkonnen to House Atreides gets a gender swap. In the book Liet Kynes was a man but in the movie Liet Kynes is a woman portrayed by Sharon Duncan-Brewster. Outside of the gender swap, Kynes is still a faithful and accurate translation of the original character.

Liet Kynes is also Chani’s father in the novel… the movie did not address Chani’s parentage but this is obviously going to be an interesting turn of events if they reveal it in the second part of Dune.

While Liet Kynes is integral to Lady Jessica and Paul’s survival in the ruthless climate of the Arrakis deserts giving them the necessary skills and knowledge, Kynes does not long survive the desert. The movie lays out a heroic ending for Kynes in the book its not as “cinematic”

In the book Kynes summons a sand worm that devours her and her would be killers. In the book Kynes is left without water and stillsuit in the harsh desert where she dies delirious from dehydration

One of the running subplots of the book is the speculation of the traitor among the House of Atreides. Suspicion falls amongst different people reducing the focus on the actual traitor which is what leads to the ultimate downfall of the Atreides on Arrakis. In the movie Dr. Yueh’s betrayal is quickly exposed and the story seems to move past that.

The movie glosses over the subject of mentats without any explanation despite featuring them. Mentats are a class of Imperial citizen with hyper-evolved analytical and computational power that are like human computers. The movie has 2 mentats; Thufir Hawat of House Atreides and Piter De Vries of House Harkonnen but their exceptional skill and training is never fully explained and will fly over your head.

Paul also gets training as a Mentat but that aspect of his training is not mentioned in the movie while we do see him get weapons training and we know he got  The Bene Gesserit training from his mother.

When the Atreides first arrive on the Arrakis, Lady Jessica decides on Shadout Mapes to be her servant, who presents her with the fabled crysknife of Arrakis. The knife must not be sheathed unblooded, as per the rituals. In the book, Jessica draws a minor scratch on Mape’s chest before sheathing the blade to keep up with the convention. This tidbit is missing in the movie as well as how Lady Jessica uses her Bene Gesserit training to be able to respond properly to Shadout Mapes.

Paul’s Near Death Experience Scene at a Spice mine

There is a hair rising scene in the movie when  Paul, Duke, Gurney, and Kynes are inspecting the spice mines and a worm attacks. They rescue the miners and Paul freezes while having a vision and Gurney has to rouse him out of his trance, barely making it back the copter. This epic scene is not in the book.

Chani gives Paul a crysknife so he can die honourably, from the book however they had a more detailed encounter and Chani also gives him pointers on how to defeat Jamis ultimately leading to his victory in the duel.

From the movie the duel between Jamis and Paul happens shortly after Jessica and Paul have encountered the Fremen but in the book, the encounter happens much later, after they have returned to Stilgar’s settlement.

The are other characters who were central to the novel’s plot who have not been mentioned and most likely might appear in the part two.

The Book did it better. There are aspects to the story and characters that only made sense having gotten the original meaning from the books. For example the iconic scene about the box of pain, whats in the box? From the book I finally got to understand that, there’s nothing inside the box but one can focus their “energy” into creating a sensation of incredible pain.

The book describes Paul feeling as if his flesh slowly being burned away aand he recites a Bene Gesserit calming mantra, the Litany Against Fear.

This scene serves to show one of the guiding principles of  The Bene Gesserit whose doctrine gets a lot mention in the book series as they strive to rule, like puppet masters pulling strings from the shadows, focusing on the long game instead of short term solutions like avoiding pain from the box.

Have you watched Dune or read the books? What do you think of books that become movies?

Follow Becoming The Muse on WordPress.com
Join 20,280 other followers