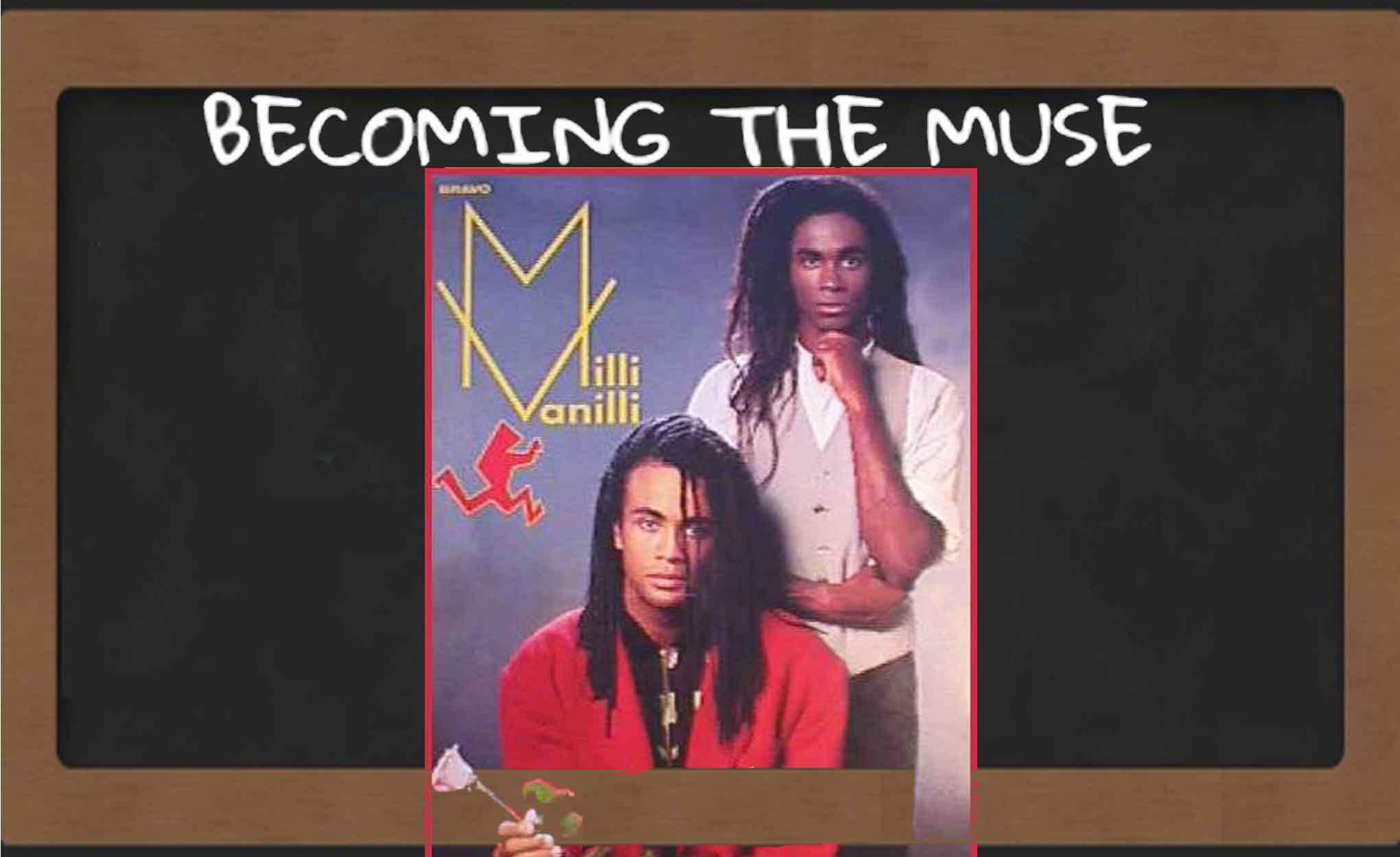 Milli Vanilli was RnB that shot to fame in the early 90s.. They had it all, the look, the walk and the Grammys…

I recall singing along (wrongly) at the top of my voice to their music..

It was quite recently (and am still coming to terms with it) when I discovered they pulled off what is considered one of the greatest musical scams of all times… that their musical act wasn’t exactly as it seemed.

Fab Morvan and Rob Pilatus did not sing a single vocal on any of their ‘songs’… they were lip syncing… as you can imagine (or if you already knew this) it turned into quite the scandalous circus and they ended up having to return the Grammy they got for Best New Artist.

Some years after the scandal, they tried a come back album but its release was cancelled after the death of Rob Pilatus…

Rob and Fab first met at a dance seminar in Munich and bonded over growing up in Europe in cities that didn’t have many black people. They later met up, tried to find work as backing singers and eventually started their thing and recorded an album.

Frank Farian a music producer heard of the duo invited them to listen to a demo that would become Girl You Know Its True and promised to make them millionaires.

And before you can say hey lets take the world on a ride, they had signed a contract to release 10 songs a year…  The final version of Girl You Know Its True had vocals performed by studio performers, whilst Rob and Fab simply made it look good; rocking tight shorts, boots, hair extensions  and the rest was chart topping, world touring history.

How it went south

In interviews after the fracas, they claimed they had also been victims who had never gotten to express their own artistry as their producer kept stringing them along to keep “performing” pre-recorded tracks to make a name and then later they could do some of their own stuff, later never came…

When the All or Nothing Album was released (with music written and produced mostly by Frank Farian) it was a bit too late to do anything with the music being a hit well, the path was set, the money was coming in, considering the guys came from a poor background where fame was a dream of stardom was sought but never achieved…

“I knew right then and there, it was the beginning of the end for Milli Vanilli,” Pilatus told the Los Angeles Times in November 1990. “When my voice got stuck in the computer and it just kept repeating and repeating, I panicked. I just ran off the stage.″

The All or Nothing Album was repackaged as Girl You Know Its True for the American audience and explicitly attributed the vocals to Morvan and Pilatus which resulted in  Charles Shaw revealing he was on one of the 3 actual vocalists in December 1989.

Following the scrutiny and pressure from the duo to do their own vocals Frank Farian announced he had fired them and confessed they had not sung the music on the records.. Pilatus and Morvan gave a press conference of their own and even sang a bit to prove they could actually sing (even if the music attributed to them wasn’t theirs) and they stated their willingness to return their Grammy and had simply made “a deal with the devil”

But the end wouldn’t be quite that simple the were lawsuits and fraud protection laws resulting in class-action lawsuits… In 1991 a new settlement was approved which refunded those who attended concerts as well as those who bought Milli Vanilli recordings. An estimated 10 million buyers were eligible to claim a refund.

What do you think?..

I am pretty sure if we really look into it, some of our favourite musicians aren’t really who we think they are, in a world of ghostwriters, autotune, glitzy filters, makeup and grand illusions of stardom, were Fab Morvan and Rob Pilatus, really that much out of line?

Pilatus never quite recovered from the scandal and could be what saw him spiral out of control into a life of substance abuse and crime, culminating in death by suspected overdose on the eve of the release of the comeback album Back and In Attack 2 April 1998.

“When I heard the news of Rob’s death, everything went blank at that moment. Silence. It was like losing a part of myself. In order to honor him, and for myself, I said a vow that I would do my thing. And I would make sure the name Milli Vanilli itself means when you fall, you stand back up, and you move on.” Fab Morvan – Biography.com