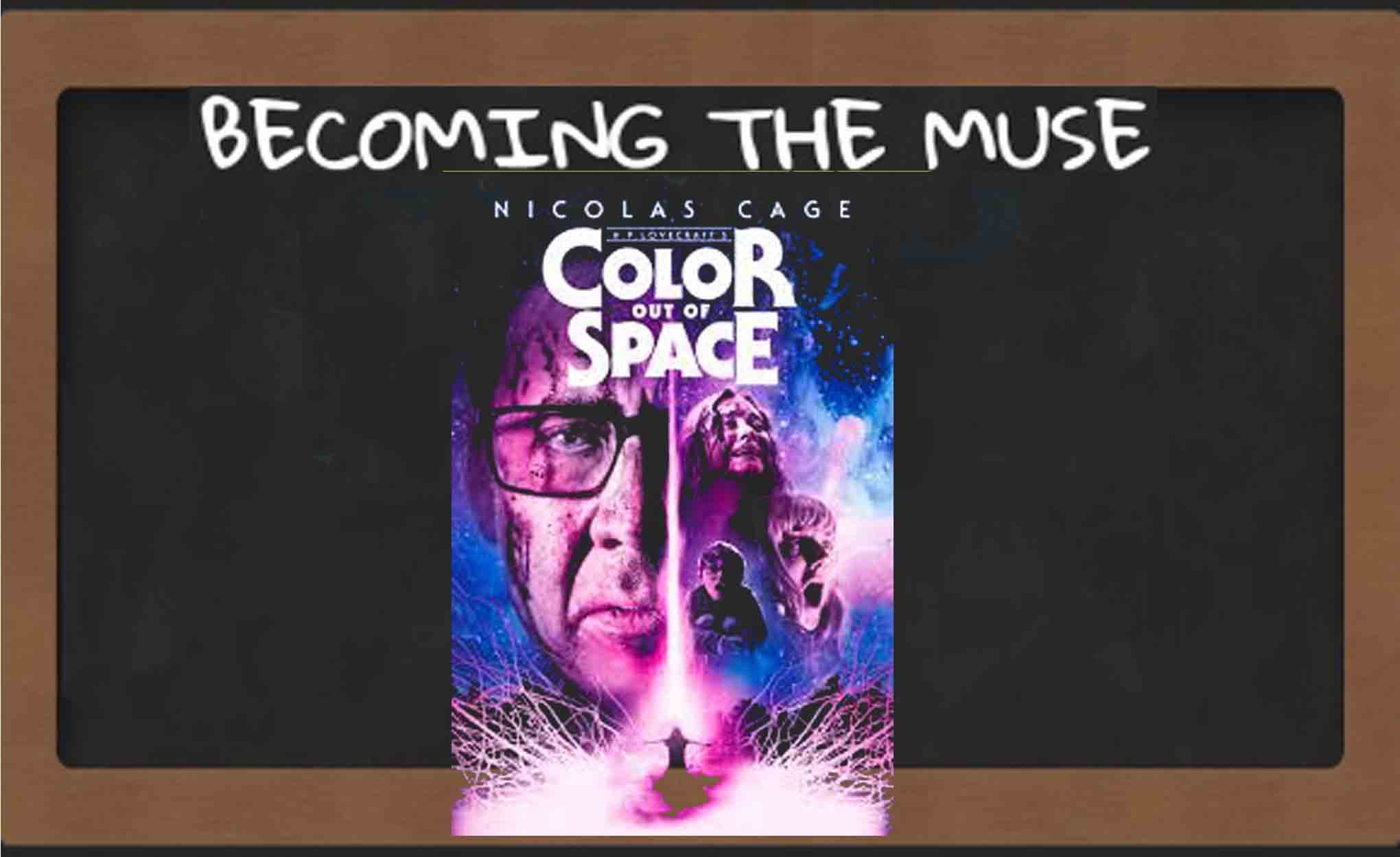 Color Out Of Space

Color Out Of Space is a 2019 sci-fi movie starring Nicolas Cage. Man sure picks roles that are out there…

The movie Color Out Of Space is based on the short story “The Colour Out of Space” by H. P. Lovecraft and is possibly the start the first film in a trilogy of Lovecraft adaptations by Richard Stanley who hopes to follow up with an adaptation of “The Dunwich Horror“

The Colour Out Of Space

The Colour Out Of Space is a science fiction horror short story by H.P. Lovecraft written in 1927. In the story, a narrator recounts the events about a place known by the locals as the “blasted heath” where a meteorite fell from the sky in 1887 poisoning the fauna and flora and resulting in other weird shenanigans including insanity and death that can be packed in a 41 paged story.

Lovecraft’s writing focused on his interpretation of humanity’s place in the universe. He viewed, humanity as an unimportant part of an uncaring cosmos that could be swept away at any moment.

Color Out Of Space movie

The movie is an adaptation of the same story with slight changes to characters and setting but the premise is the same, a meteorite crashes on a farm and things get very very very strange…

Nicolas Cage was perfectly cast for this role and as his over the top acting is a perfect canvas to watch his character descend into alien induced psychosis.

As a book to movie adaptation, I think it didn’t go bad considering that HP Lovecraft didn’t care much to flesh out the characters in his publications and good luck to anyone brave enough to adapt his works into a movie.

A few changes were made from the original short for example the setting changed from being in the 1880s to a more present day, with cars, cell phones and computers, though still set on a remote farm….

Lets just say a few loopholes would have rendered this whole plot improbable… Honestly, if a meteorite were to fall into anyone’s backyard how long would take for it to go viral on the internet and how soon before a shadowy government agency in crisp suits shows up and shuts down everything into cordoned off area teeming with scientists in hazmat suits?

In the book some scientist from a university do attempt some testing but they were more on a oh look what it does when you subject a piece of the meteorite to laboritary reagents until they came to the obvious conclusion that the meteorite did not consist of any known materials, therefore, it must be from out there… no kidding!

From the book the colour out of space is supposed to be a colour you have never seen before and that’s all there is to go with, which is easy enough to imagine or practically impossible depending on your powers of imagination.

In the movie they decided to go with a sort of glossy purple…. Maybe should have renamed the movie The Colour Purple From Out Of Space…

If you are a Nicholas Cage fan then watch it, if you have two hours to kill and could use a laugh, a wee bit of a fright and are not offended by an ultraviolent shade of lilac, then watch this.

Check out the trailer below: