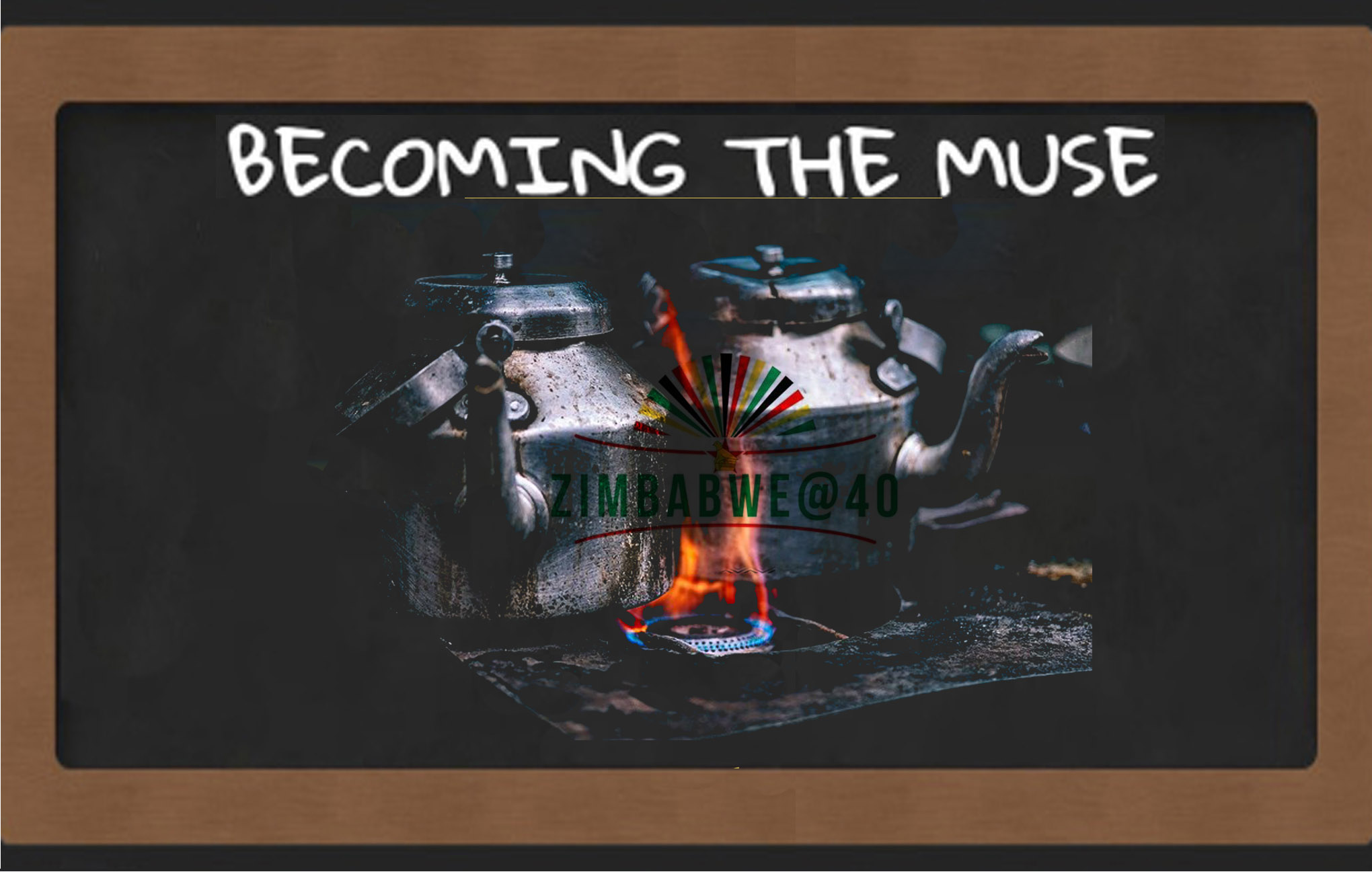 If you were having coffee with me, I would, as per usual, be happy you turned up. You can sit with me while we pretend not to be watching the pot boil, a watched pot never boils they say.

While we wait for the unwatched pot to boil, I would tell you that Zimbabwe “celebrated” its 40th independence on the 18th of April. I would use air quotes to draw emphasis on the word celebrate because with the present state of affairs there wasn’t much of a celebration especially with the lockdown settings.

The loud droning of my neighbour’s generator might as well as stand in for the national anthem as we pose in silence in honour of those who lost their lives so we could be… free. The thought of lockdown weighs heavily like an oppressive presence, as we try to picture that: April absence brings May existence.

If you were having coffee with me, I would tell you that our 21 day Lockdown was supposed to end on the 19th of April, a day after our independence day; but then a 14 day extension was announced on the last day of lockdown. It was not a surprising turn of events, especially since our neighbouring country South Africa had recently extended their lockdown by 2 weeks as well and then weighing in on WHO recommendations that countries should not be quick in lifting their restrictions.

We all knew this was going to happen even as the president announced that anyone who spread fake news about lockdown extensions would face a 20 year jail term, even as the announcement was made on the last possible day we were all expecting it even as we hoped that lockdown would be lifted. We were also expecting that at least this time around they would come up with a new cocktail of measures to ensure that the process goes along as easy as possible…

The Vice-president gets full-kit protective equipment while front-line medical staff complain about not having enough.

If you were having coffee with me, I would ask you if world leaders ever go to some leadership bootcamp where the curriculum is mostly about how to stay in power?

Lockdown and COVID seems to have been the perfect excuse for the government to take certain liberties under the guise of protecting its citizens. I understand it’s a tough job protecting people, sometimes even from themselves but maybe a bit of transparency would smoothen the process.

I am a born-free child, that’s what they call those of us who were born in post independent Zimbabwe who never lived a day under the colonial regime, but I can imagine it felt somewhat the way it does during lockdown, soldiers and police officers questioning where you are going and on whose authority and wanting to see your damn papers.

Courts have had to step in to make rulings that security services should not use violence in dealing with lockdown infringements or that journalists are an essential service especially in the fight against COVID and should be allowed to move freely if they have valid press passes without harassment from the police.

If you were having coffee with me I would tell you that an Ethiopian Airways flight brought in Zimbabwean citizens who were supposed to undergo a mandatory 21 day quarantine at a local teachers college and were refusing the accommodations because there’s no water and would have to share ablution facilities.

Some people were sympathetic to their plight while others were less so, expressing feeling of how they should just suck it up or go back to wherever they came from since they have no business asking for first class treatment like being accommodated in a hotel. I guess this lockdown really has people’s tempers and emotions on the fritz, in an ideal world I would say we going to need counselling before life can begin to get back to normal.

If you were having coffee with me, I would tell I don’t think anything is ever quite going back to normal, I am sure history will assign a time frame to things that this was Before Corona and this was After Corona so context of things can best be understood. If you follow the markets you may have heard that crude oil price hit an oil time low per barrel going negative… what a time to be alive.

If you were having coffee with me, I would offer you more coffee and ask if you are familiar with how our country is said to be teapot-shaped…

Who drew up the boarders of countries anyway?

I have received a couple of queries on how come no one makes any curios or pottery celebrating the tea-pot shaped country and I tried to find if anyone does, it seems nobody has thought about doing it; imagine that, or they have they and are not visible online, Googling Teapot Shaped country will lead you back to some posts by me, how cool is that.

Well, when lockdown is over I think I just might look into how to get this to be actual thing so if you have any interesting ideas do let me know.

Zimbabwe turned 40 and it feels a lot like we have been always in lockdown, but you know what they say life begins at 40

Whats going on in your neck of the woods? We just begun season 2 of lockdown.

The lights just came back on…. Yay, if this was the good old times Before Corona you would have heard a joyous chorus erupt from the street, young voices shouting “magetsi adzoka” meaning the electricity is back. Well there’s no such sound, it would have been silence were it not for neighbour’s generator, constantly droning on like an old tractor, you can feel it vibrating in your bones…. I wanted to call them and tell them electricity is back so they can shut off the generator but I don’t know their number…