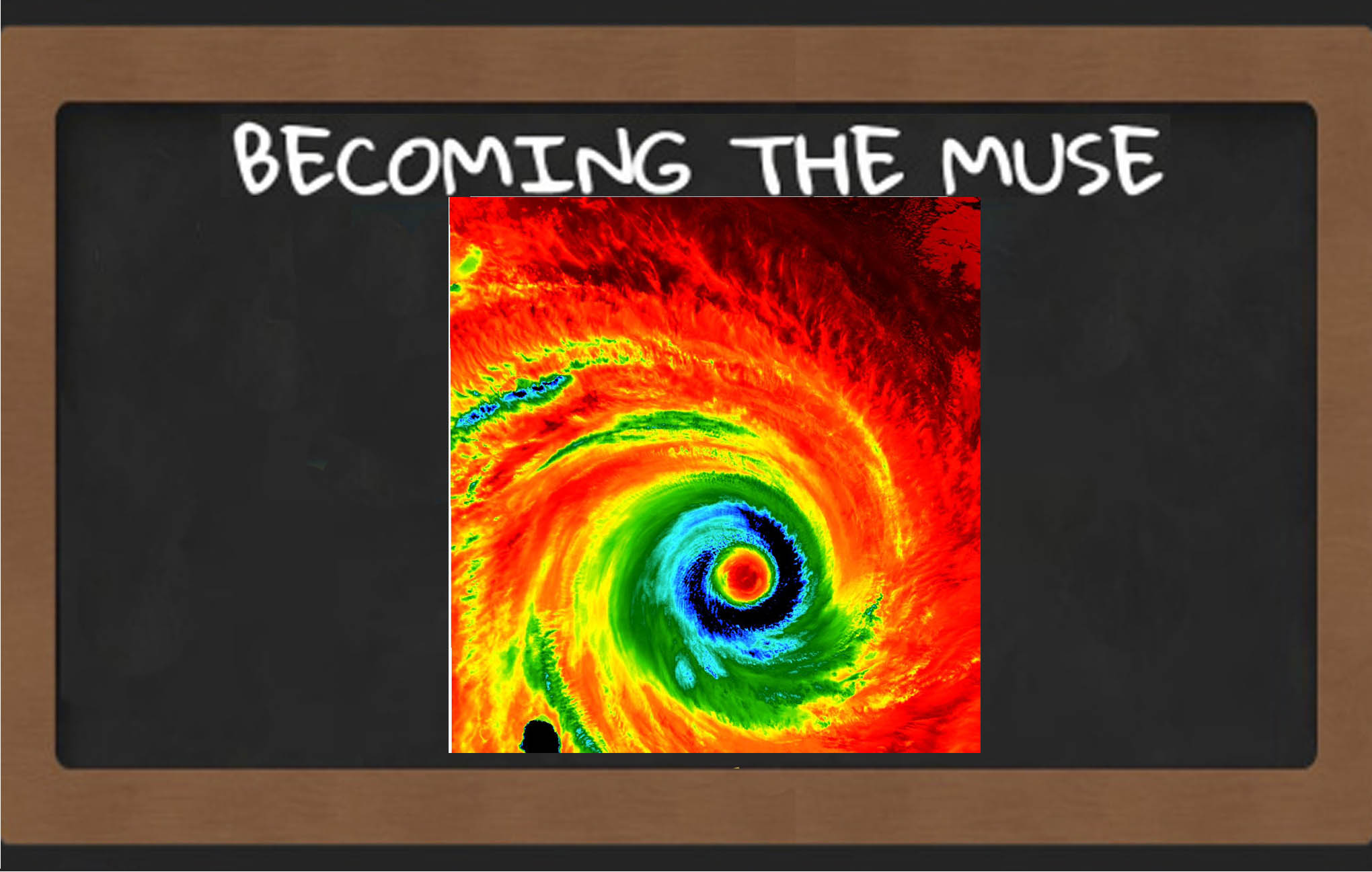 I was curious about it too, so I looked it up…

A brief history into the naming of storms

The practice of naming storms begun years ago, as part of identifying and keeping track of storms; nautically storm systems were referred to by cumbersome latitude-longitude identification configurations but with time it was realised that short distinctive names made it easier to remember than the technical terms and also heightened people’s interest thereby raising awareness and also preparedness for the storm.

The names used to be arbitrary meaning there was no formula and sometimes the first people/vessel to spot or come in contact with the storm had the honour of coming up with the name of the storm. The name could have been a place, an object or even a saint’s day on which they occurred, some might have been lovers scorned

With time, there was need of a more organized system and meteorologists worked out a list in alphabetic order to pick from; predominantly feminine names at first but now masculine names were eventually incorporated.

To date, the list of names are maintained and updated by an international committee of the World Meteorological Organization.

There are five tropical cyclone regional bodies, and each region determines a list of names for their region.

The names used are such that they are familiar to the people in the region and are not picked after any particular person or alphabetic preference; the main reason for the names is such that people can remember and track storms in their region, helping gear up risk, awareness, preparedness, management and reduction

**A name is retired or replaced from the list is after a storm so devastating that the future use of the name on a different storm would be inappropriate for reasons of sensitivity.

The names are used one after the other. When the bottom of one list is reached, the next name is the top of the next list.

The Regional Specialized Meteorological Centre (RSMC) Tokyo – Typhoon Centre will assign a tropical cyclone a name from the list followed by a 4-digit identification number (in brackets).
Unlike other basins, storms are also named after plants, animals, objects, and mythological beings. These names are used sequentially. That is, if the last storm of the year is Cimaron, the first storm of the next year is Jebi.

There’s a single list of names that are used by all of the Bureau of Meteorology Tropical Cyclone Warning Centres (TCWC) and the names are assigned in alphabetical order and used in sequentially without regard to year.

If a named cyclone moves into the Australian region from another country’s zone of responsibility, the name assigned by that other country will be retained.

Regional Specialised Meteorological Centre Nadi’s area of responsibility has lists A, B, C, and D which are used sequentially one after the other. The first name in any given year is the one immediately following the last name from the previous year.

The name of a new tropical cyclone is determined by sequential cycling through List A.  Standby List B is used to replace retired names in List A and any replacement will be added to the bottom of List A to maintain the alphabetical order.

​The name of a new tropical cyclone is determined by sequential cycling through List A.  Standby List B is used to replace retired names in List A and any replacement will be added to the bottom of List A to maintain the alphabetical order.

If you are here because you are wondering where Cyclone Idai got its name from then someone from Zimbabwe on the Tropical Cyclone Committee suggested the name at some WMO meeting, its almost poetic that the cyclone made landfall and will terminate in the landlocked country

And if you ever wondered why storms that ravage the United starts seem to start at almost the same part of Africa and follow an almost similar route, I also did, and the answers might shock you… Of Hurricanes and avenging spirits