If you were having covfefe with me, you would be asking me whether there was a typo in my title and if not; what type of beverage is covfefe? Well I can assure you, there is no typo and that you can not buy it from your local coffee shop.

I don’t think you can buy at from anywhere, for now, but I am sure if you give it a bit of time, in a couple days, some barista somewhere will be serving you rainbow covfefe which looks like the sun set in it with an olive skewered by a toothpick bobbing around leisurely.

Covfefe nobody knows what it means but it’s provocative…

It all started because President of the United States tweeted the following:

And the free world went crazy trying to figure out if it was a simple typo, (Twitter really really needs an edit button) or if his Excellency (that’s how we refer to our president) suffered anything from a heart attack, a brain seizure to tweeting in his sleep; some say he was overwhelmed by the sudden urge to have coffee in the middle of tweeting and its certainly something that happens to beerst of us

Where were we; oh yes and some are convinced it was a clandestine message understood by only a few elite; a conspiracy theory of Robert Ludlum meets John le Carré proportions; involving multinational agent provocateurs and maybe even aliens…

Several hours later the curious tweet got DELETED and replaced with the one below:

Who can figure out the true meaning of "covfefe" ??? Enjoy!

And then there was Hillary:

Its all much ado about cofveve….., it still hasn’t quite been defined yet but I am pretty sure before the year ends the word will exist in the updated dictionary. Why wouldn’t it be; if emoticons can make it; The tears of joy emoji was oxford the word of the year 2015

So far the Webster’s dictionary has no words for it….

But here is a few choice definition from The Urban Dictionary:

If you were having covfefe with me; I would tell you that you ought to be careful what you post on social media, the internet is unforgiving, and it never forgets…. (and people take screenshots)

I wonder if he had caught a vision of the future; when he transcribed and sent the first Morse Code message, Samuel Morse upon completion of his invention The Telegraph;

Indeed; because if you were having covfefe with me, I would ask you, why do people revel in starting and spreading Fake News; where they not hugged enough as babies?

And it doesn’t help that we seem so eager to share we find without pausing for a second to verify, maybe its because I am a storyteller and as we say “the storyteller never lies”  we may get creative with the narrative, embellishing the tale with condiments of a good story…..  but see that’s why we have disclaimers….. and that’s why the only story I believe is the one I am telling….

Today is the first of June, Happy New Month…

If you were having covfefe with me; I would tell you I  got forwarded the following message by five different people in my contact list who are totally unrelated… maybe you have received it too: 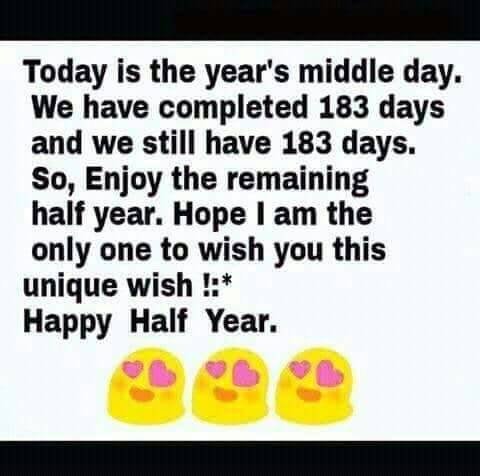 It’s a cute message, isn’t it? but, I didn’t forward it to anyone and why….

This greeting is a month too early

What if I had forwarded it to every one of my contacts and they forward it to each of their contacts, and suddenly you have a whole bunch of misinformed people…. This is exactly how fake news thrives and spreads, we blindly accept what read, we will learn eventually …. in the words of Mad-Eye Moody to his Defence Against Dark Arts class “Constant Vigilance”

So long and thanks for all the Covfefe