They would find me, they always did, this is the first place they would look; the quiet before the storm.
Sitting at the edge I watched the world below, it’s so easy to imagine I was the only person alive. That is why I came here, for the solitude and the view, it was a bit of a steep climb but not impossible. Having grown up in the city, mountains were fascinating, well this wasn’t a mountain really it was just some granite outcrop jutting out of the ground. 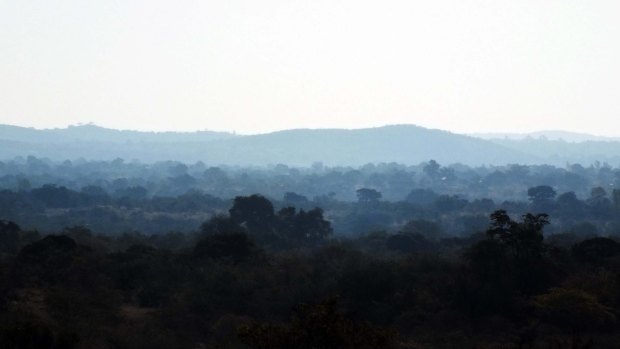 They have secrets these mountains, they had watched over our ancestors long before us, and long after we are gone they would watch over our descendants and they would not miss us. Zanje, the one looming in the horizon, is shaped suspiciously like a textbook volcano, geologists say we can’t possibly have those here, but there it stands. In the dry season, it smoulders, wisps of smoke come out and as if on cue that’s when the rains come dousing the flames, and so it has always been; according to my grandfather.

I heard voices behind me, they had found me, the storm, it starts. Sighing I turned to face them,

“yes it was all my fault”

Preemptive admission of guilt, I hoped that would count in my favour.

“The head wants to see you”

Being summoned by the head was a big to-do. Jimmy was the headman of the village, he answered only to the chief and I had let the cattle I was supposed to be herding, graze in his fields. It was never intentional, the fact that it was he, who tasked me with herding duty and I sort of disliked him for it, that was merely coincidence.

Jimmy the headman had said that living in the city, had made me forget the way of my people and challenged me to prove it by herding the cattle for a day. I accepted the challenge, “How hard could it be?” I asked myself, after all my mobile phone had signal and I had Google on my side.

It was easy enough, at first, all you did was whistle and wave your hands about; the cows knew where to go, most of the time. Just make sure they do not eat from anyone’s fields, that was the only rule that mattered, well that and the one about not losing a single cow from the royal herd. I herded them to the pastures and I found a nice shady spot to sit, taking out my phone, I saw that had good reception and decided to log into my twitterbook. Social media is like the Hotel California, you can log in anytime but you can never ever leave, I thought I would only be moments but I only looked up when a figure appeared. I was shocked to find that it was much much later during the day. “Malume, the cows are having a feast in the headman’s fields”
With a calmness belaying the turmoil, I felt within I said “Quickly, go and drive them out, then herd them into the kraal then come and fetch me. “

I walked a long way and then climbed, that is how I got to be where they found me, to tell me the headman had summoned me. I knew what he would say too, “Crime and punishment.”
My grandfather had been the chief and before him his father, my father would have been chief but instead, he had preferred to live in the city in what he called the civilized world; I could be the next chief but what sort of chief would I make barely able to herd cattle, how would I lead the village flock, I could barely speak in the language of my fathers and Jimmy the headman he wanted to be the next chief, he was ambitious.

In the distance there was a rumble and turned round to that; the mountain, Zanje, had begun to smoulder, it would rain today, it always rained when the mountain smouldered.