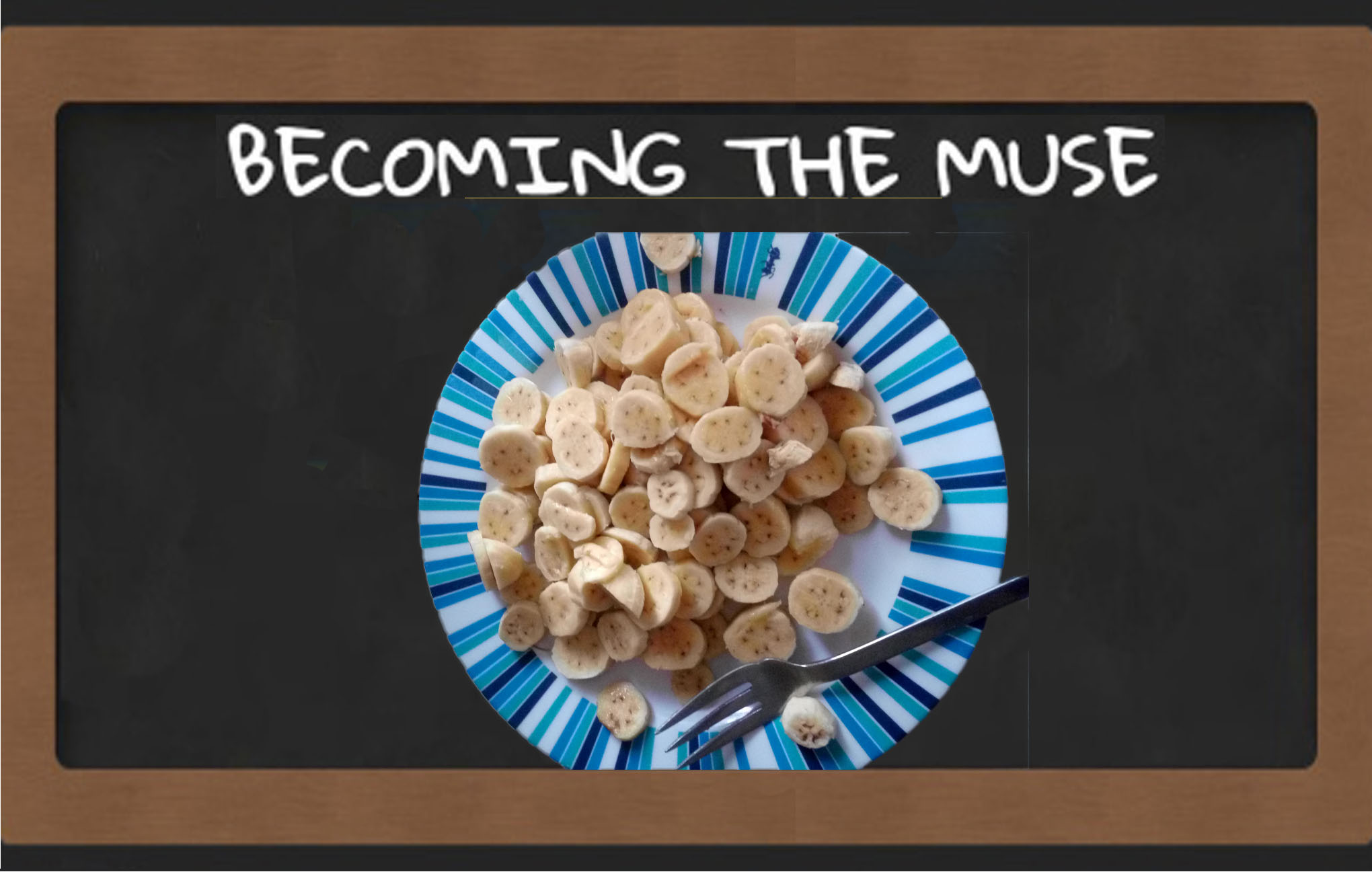 Of Coffee And Going Banana Republic

If you were having coffee with I would be happy you stopped by; a little company does sweep away some of thoughts circling about, trying to make a nest overhead.

At my big age I still cant tell the difference between if I am feeling hungry or suffering from boredom especially with electricity being a night-time visitor. Constantly going through cupboards looking for something to do or eat and of course not finding anything because austerity measures have me deciding whether I should buy food or internet data.

In my quest for something to do I found that some bananas and decided why not go bananas. I once asked my blogging friend @PumzaThomas a certified fried  plantain lover, if one could fry regular bananas and pretend they are plantain.

Peeled and sliced the rather tiny sized bananas which I suspect could be more a type of plantain than banana.

Fired up the wok and waited for magic to happen.

If you were having coffee with me, we would have coffee and a plate of fried banana slices. Fried banana kinda tastes sweeter than before frying and has a somewhat cereal flavour or maybe that’s because associated the taste with a Corn and Banana Flavoured Cereal.

Welcome to my banana republic where we put banana in porridge, banana on bread and have banana with coffee because there’s a banana bush outside, eat a banana or starve that’s the choice you have.

If you were having coffee with me I would tell that this country would almost be the classic definition of a banana republic except we don’t export bananas we still an agro-based economy with dwindling production in the agric sector. The government has done several Command Agric schemes to boost agriculture which mostly end up with resources being misappropriated without accountability.

In political science, the term banana republic describes a politically unstable country with an economy dependent upon the exportation of a limited-resource product, such as bananas or minerals.

**Confession: I used to think Zimbabwe was referred to as a banana republic because our first president(1980-87) was called Canaan Sodindo Banana.

Hey at least we got our land back from the colonialists that’s one of the key things people who were remarking over the former late president as a hero were hailing him for. We got the land but without a plan coupled with greed and corruption here we are, a basket case.

If you were having coffee with me I would tell you that I had never seen the late president’s Blue Roof residence, until after his death. No wonder it was kept out of the media, I am sure there would have been some outrage had people seen his not so humble abode during his tenure.

I guess the man liked the color blue, this was R.G. Mugabe’s former house in Highfield Harare and it still has bullet holes……

Even in death, the man still had to have the last word and his funeral and burial have been quite the affair, from his refusal to be buried by his tormentors at the national Heroes Acre to the government trying to find some middle ground with the family. Current news suggests that Robert Mugabe will be buried after the completion of a mausoleum fitting for a founding head of state which could take anything between a week to thirty days.

If you are having coffee with me we would wonder what they would do with a dead man’s body for a month and what sort of preservatives they would use, maybe they are going to mummify him and then he will one day return like in that mummy movie The Mummy returns. He did once say he would rule from the grave.

Meanwhile life goes on and doctors go missing for demanding a good salaries, teachers union threaten strikes and yet we spent a whole lot of money on the dead.

Whats going on in your neck of woods?

Here’s to an awesome week

PS The jacaranda are starting to bloom, its a bit earlier than usual … climate change perhaps?