A series of beeping sounds woke me up, which was strange, I thought to myself because I did not remember setting the alarm clock. I reached for my phone to silence the offending sound, but the phone was not the source of the stealer of dreams, waker of the sleeping, instead the phone had an SMS from my internet provider.

You have exhausted your data package please top-up your account

The beeping sound continued, I reluctantly got out of bed to find the cause. It was coming from the kitchen, the prepaid electricity meter was warning that it had very few units left. If I did not want the dark ages to come stay with me, I would have to feed it a top up token, I didn’t have that either. dust and cobwebs live in my wallet.

I put a kettle on the gas cooker, went to sit at my writing desk and powered up the laptop from its sleep mode. The first thing I saw was a pop up notification that my movie download had failed at 97% and without warning the laptop prompted to be restarted as windows had automatically downloaded and installed updates. I could have sworn I had used the “not recommended” setting of never update my system but the tricky things had a way of updating anyway, that explained why my data was depleted.

Restarting the machine, I got up to make a cup of tea while the laptop handled its business. The water was barely lukewarm and the gas flame had gone out. I tried lighting it again, there was a spark but no flame, the gas tank was empty I shook the gas cylinder around, just to check, but it remained just as empty. One teabag went into in the cup, followed by some lukewarm water and exactly one spoon of sugar. It was not by choice that was all the sugar left.

I returned to my writing desk and found that the new windows security update had installed something called Windows Malicious Software Removal Tool and had wreaked havoc with my not quite legally obtained software.

I am a torrent pirate, “Great!” I exclaimed pounding my fist on the desk, for emphasis and my tea cup toppled in slow motion landing on the floor and shattering instantly into pieces. It was my favourite mug 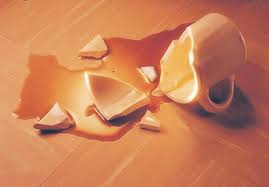 Everyday can’t be your best day, but some days seem to go out of their way. I started to whistle some song half remembered song and stopped not because I couldn’t remember the tune but there was a knock, a knock that demanded attend me. The way a policeman or someone who knows you are home and you owe them money. I took a peek outside the window to see who it might be. It wasn’t anyone I knew but I could tell by their uniform they were municipal workers from the water and sanitation department and by the pipe wrench he was holding he was here to close my water, my account was in arrears.

If I pretended I was not home how long would he bang my gate for. He kept at it for six minutes and thirty seconds, it felt longer, I timed it. Eventually he gave up and scribbled a note which he stashed into the letter box and finally left…….

The phone started to ring, I was afraid to answer it, no caller ID, I almost let it ring until whoever was calling hung up, but with great reluctance answered it.

“We read a sample of your work, how does a book deal sound?”

You know those month end blues when the money is low and everything is getting finished you even run out of salt…….?