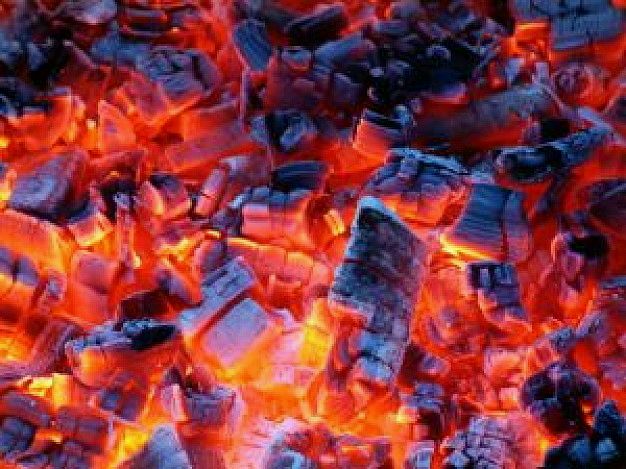 Of The Flame Keeper’s Tale 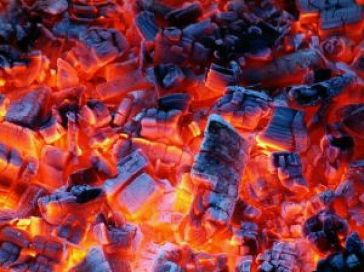 “Gather around.” The old man spoke “Gather around and let us witness the dying of the fire, gather around and I will tell you one last story” he spoke, in a voice above a whisper but less than a shout yet it carried past, over and through you, it surrounded you. You drew closer as you would to the warmth of a fire or someone about to tell you a secret or maybe both, someone by the fireside telling you a story most rare.

He idly reaches into his pockets, pulls out a snuff box, polished bone that reflects a dull red in the embers. He tips it gently into his palm, takes a pinch of the snuff to his nose and snorts it deeply, first in one nostril and then the other. He sneezes three times and flicks the remainder into the embers and they burst into flames with an orange and faint blue glow. He begun to speak, as he tapped at the glowing embers rekindling them to a crackling warm blaze.

“Fire the most primal need of man, from the time we stole from the Goods, it has been a basic representation of our basic desires, hunger and need. Feeding greedily on everything we give and still taking more until it consumes us leaving nothing but cold ash and darkness.

I remember the day The Thief of Fire returned. It was a day of great jubilation when he brought the First Flame to our village, we called it liberty, we called it many names and we proclaimed it the Eternal Flame. As for The Thief, well we made him Chief. Remember when we would sit by the fire on nights quite unlike this and he would recount tales of how he found fire and tamed it, how he outsmarted Gods and stole their fire. Each time he told the tale, it grew taller than the last until no one knew exactly what the truth had been; but it didn’t matter. He spoke with such conviction that he believed himself and we believed in him.

I have never seen a dragon but he saw it, a fearsome fire breathing God that can burn you to a crisp and then swallow you up in one gulp. Looking it in the eye instantly blinds you and its ferocious roar will make you go deaf, and he faced it and stole from it, fire for us. We didn’t ask him to but he did it anyway, and well there was nothing else we could do but say, you are welcome. We made him Chief and looked up to him with almost God like adoration.

His homestead became the Royal House, and in the middle of it that’s where we lit the Eternal Flame. We took turns tending to the fire to make sure it never went out, we cooked for him cleaned for him and he in turn bestowed upon his wisdom and amusing tales each night while we sat round the fire. Some older folks much older folks than myself mumbled something about tyrants but one by one they got silenced or disappeared, no one noticed or we chose not to.

Life was great. A large barn was built at the Chief’s homestead we called it the Reserve Barn and everyone would collect firewood and store it there, safe from the elements. When you wanted some fire for you own use you would go to the Barn and get some wood and have it lit at the Eternal Flame then take it back to your household. It was perfectly simple but when you were done you had to extinguish it to preserve firewood. We chopped trees down and put them in the Reserve Barn because that way, or so we thought, when the trees ran out we would have an endless supply of wood, as it was trees we getting harder to find you had to journey a bit further each day.

They say perhaps we angered the Gods by stealing their fire and they sanctioned us by stopped the rain from falling and scattered the herds we used to hunt into the plains and made the trees stop growing, and turned the landscape into a desert but that was alright we had our barns.

You have young eyes I have seen much more than you, there was a time this land didn’t look quite as bleak, the were mighty trees that grew tall as giants and little streams trickling around them and if you threw a spear into the bush you would startle game to hunt, but now, your young eyes see are yet to see and mine have seen enough to know what comes, I long for the peace of endless sleep.

I have watched firewood became such a precious commodity that people became that people killed for it or died protecting. Guards were posted at the Royal Barn and it was always locked so no one could get in. The Chief told us that because the wood was “depleted” that each one could only get a ration of a single half piece of wood each day because of the wood shortage. It was barely enough and some of the villagers did not understand how this was possible since they had been bringing in cartloads each day, where had the wood gone? How come the Chief and his Council Of Elders enjoyed lavish bonfires each night? The Chief said he was entitled to it since he had after all fought Gods for it. Some young overzealous clansmen tried to challenge him to return the Royal Flame to the Gods so they could go and try their luck in getting it back but he said they were possessed by demons bent on sowing seeds of discontent into their village and had them exiled or executed same thing because they were never heard of again.
I have watched over this flame ever since the first day it was brought here, I have kept its secrets and I have seen it consume everything leaving nothing but ash, and today I managed to take a look in the Royal Barn there is no more wood left. This is the last of it. Tonight we sit by this fire and tell stories but tomorrow night, if nothing gets resolved the darkness comes. Tonight we witness the dying of the fire, sit with me and let’s watch embers turn to ash.” The last words were almost a whisper, he spoke them as he prodded at the embers again rekindling into flames. The night would have been silent, had it not been for the crackling of the fire.

The End
~B
This a blogbattle entry Themed: A Tall Tale. This is a work of fiction any resemblance to characters and incidences real, implied or imaginary is purely coincidental.