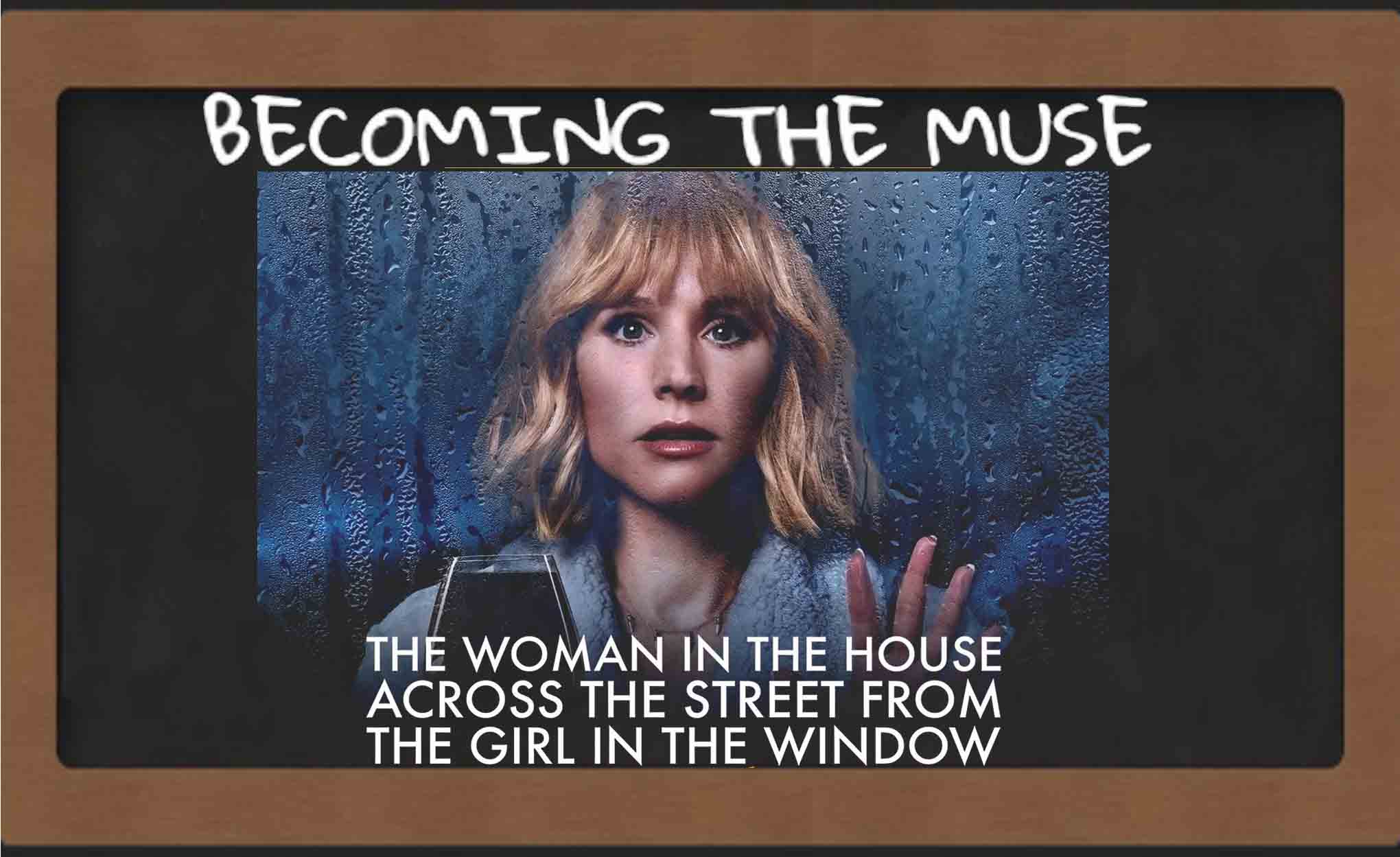 The Woman in the House Across the Street from the Girl in the Window is an 8-episode Netflix Series which premiered 28 January 2022.

Yes, that is the title, quite the mouthful and from here on I will simply refer to it as “The Series”. The title and the premise of The Series take inspiration from psychological thrillers such as The Girl On The Train and The Woman in the Window.  It’s supposed to be a parody of the genre….

The premise of the story follows a suburban woman struggling with heartbreak, grief and agoraphobia who uses alcohol as a coping mechanism which when coupled with her medication makes her prone to hallucinations. She spends her days watching the world through the window until she sees something in the house across the street, and it’s not just the hot neighbour who moved there…

Kirsten Bell who stars as Anna delivers an emotive performance that will keep you glued to the series even as you still decide if you should keep watching. The camera work is on point.

The opening scene draws you in with a narration that’s a dead ringer for Emily Blunt in The Girl on the Train:

It starts off in an intriguing manner but unfortunately it cant carry the intrigue which lasts about as long as Kirsten Bell’s British accent which gets dropped in the opening narration.

While the series is trying to be a comedy, it doesn’t come off as being funny, if I was told something was a parody I would expect it to be a whimsical production with a laugh a minute…. This Series isn’t funny (while it may have a few funny scenes) the general subject nature of it make it difficult to find humour in, unless perhaps, one is inclined to gallows humour. Mental health, alcohol addiction, phobias and grief aren’t topics that are cut out for being parodied.

As it is,, the series actually takes itself very seriously or at least Kirsten Bell’s performance was so flawlessly emotive that it’s really hard to consider the series as a comedy.

The series struggles with sustaining its comedic elements and keeping a cohesive plot, especially as it builds up towards an ending that becomes a somewhat predictable plot twist which you might have eliminated thinking nah would they really do that, they wouldn’t right?

The Series really overplays its hand in its trope of things that happened versus things that are simply in Anna’s head.

And then an equally absurd closing episode that should probably set up season 2 but I am not holding my breath waiting for it… The Woman in the Seat Across the Armrest From the Lady in 2A.

When I was still a few episodes in, I would have greatly recommended it as a must-watch, but after getting to the end, I would say watch it, but, without expecting too much of it and remember that it was meant as a comedy but lacks feel-good humour. Watch it if you have watched and enjoyed the likes of The Girl on the Train and The Woman in the Window.

Have you watched it? Would you consider watching?