Free Fair and Credible Elections
This is a phrase that has been, and will be repeated especially now that the President of Zimbabwe Emmerson Mnangagwa has finally announced the date of the 2018 harmonised elections. On the 30th of July 2018 Zimbabwe will decide, and for the first time since our independence 18 April 1980, Robert Mugabe will not be at the helm of the ruling party but of course the same party ZANU PF will be contesting/defending its claim under the interim incumbent President Emmerson Mnangagwa.

What does it mean: Free, fair and Credible elections?
First of all, most people seem not to be aware that the elections are not an event but a process of varied elements throughout the electoral cycle and in the case of Zimbabwe this cycle is 5 years.

Free
Free is defined as unrestricted, without coercion; having freedom to vote for preferred candidate without fear
absence voter intimidation/ political violence

Fair
Fair is defined as balanced or without favour or prejudice; having equal right to register; contest or vote for preferred candidate
when everyone is given a chance to vote/ register, without discrimination; provisions for those who might experience difficulties in voting, equal coverage of contesting candidates on state media

Credible
Credible is a word which means something that can be trusted and believed; credible elections are defined as being transparent and accountable
sufficient Civic education on voter registration and voting, monitoring, inspection of voters roll, Election Observers
Its unfortunate the role Observers is misunderstood and a lot of expectations is heaped up on them when their role is mainly to observe comprehensively through established methodologies, to document; the good, highlight shortcomings and offer recommendations they are not legislative bodies.

This is not the full scope of what consists free fair and credible elections its simply a tentative attempt to familiarise myself with this phrase used and abused.  One won’t need to have a degree or anything sophisticated to see that at a glance one could easily pick out red flags that could affect the degree to which the elections are free, fair and credible……

There has been issues with civic education, especially after implementing a new biometric voter registration, citizens where unfamiliar with; reports have cropped up of challenges with checking voters role, the coverage on state media is skewed in favour of the ruling party leaving the majority of contenders to rely on social media and external broadcasting houses, there’s been violence, both intra-party and inter-party….. should we even talk about how an election date is finally announced today with 2 months to go just barely within the minimum range set by constitution,

Clearly these elections wont quite be free fair or credible but they might be far much better than the previous ones where posting an article like this on my blog would have been to invite scrutiny…..

All I hope for is whatever happens at the very least let it all resolve peacefully……….. 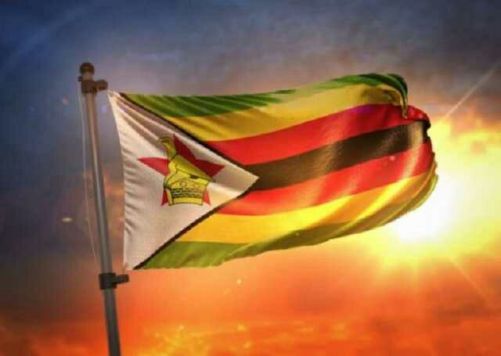