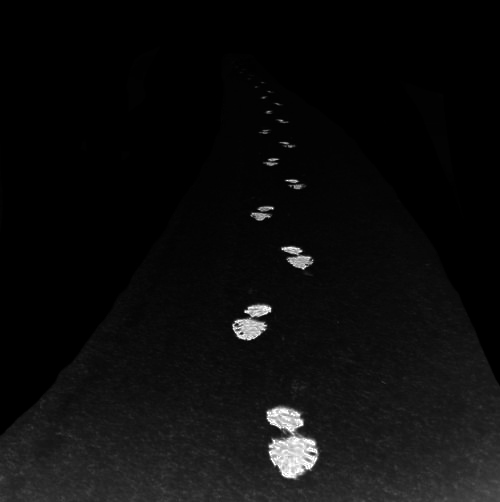 I have never seen a ghost but I have heard one, in hindsight maybe it was not a ghost at all, but an invisible man, or it was all a dream a recurring dream shared by six random strangers brought together by fate.

The story sounds more mysterious when I begin like that, have I piqued your interest? The six strangers, they were not strangers nor random at all, but students. Students who resided in the same dormitory, J17. One might argue that on the first day of school, they were strangers to each other. They did not pick to be roommates, I picked them, five names from a list. To them, I might as well as have been fate but I was only their dorm prefect and their senior by a year.

A year before this, would have been my first day of secondary school at a mission boarding. I remember the boarding master welcoming us, telling us we were grown up, our parents no longer looking after us, although he would be our mums and dads.
All I heard was welcome to hell and I am your jailer.
The senior students did not help matters, terrorising us with stories of how the form one hostels were built on a graveyard, how if you went to the bathrooms, at midnight, you would find ghostly nuns playing basketball with the referee’s head, whilst he, the referee, just stood there. Whistle in hand and headless.

I did not sleep that first night, but I heard nothing I saw nothing.

The year passed in a blur, I watered lots of flowers, killed several chickens and attended classes. I explored a mountain behind the hostels, found a cave with old bones, they looked human, skull and all, could have been a monkey but I left them in peace, in case they were. 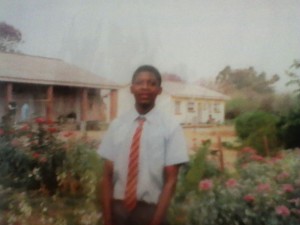 I got picked to be a dorm prefect, DP for short. A DP’s duty was to tell people when to wake up when to sleep and to ensure cleanliness of dorm and hostel area. The perks of being one, were you got to sleep at the hour you wanted, which was not 8.30pm and wake up when you wanted, not 4.30am as everyone else did. You didn’t do chores, only supervised them and always had the biggest piece of meat with your supper.

On the first day of my new reign I regaled my form one subjects with the crazy ghost I had heard, even made up a few of my own including the skeleton I found in the mountain cave at the back of the hostel.

I told everyone to go to bed switched off the lights and proceeded to fall promptly asleep in the comfy bed with springs that was the DP’s privilege, while the rest settled for the standard, hard, unyielding beds, that felt exactly like sleeping on the floor, except you could fall from them, you can’t fall off from the floor.

I am sure they had trouble sleeping or slept none at all, I slept like a baby, a dead baby until just after midnight when something woke me up. I have always been a light sleeper, the slightest of sounds wakes me up. Good luck trying to sneak up on me.

I was awake trying to figure out what had woken me up. Then I heard them.
Footsteps.
I thought it was the boarding master checking up on us, I peered into the dark to see if I could make him out, nothing. The light switch was just beside my bed I flicked it on, and then the was light. Still I saw nothing, maybe, I thought to myself, he was walking in the corridor outside. I got out of bed opened the door looked outside, nothing. Maybe it was a dream, I finally concluded as I switched off the lights and got back to bed. I was drifting to sleep when I heard them again.

Footsteps
Slow, rhythmic, purposeful progressing from the far end of the room to mine, whenever they reached a bed the footsteps stopped for a bit, you heard its occupant shift, to change position, as if they were being tucked into a new comfortable position and they would breathe heavily and deeply, then settle. The footsteps would resume. 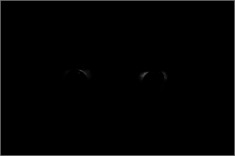 When the footsteps were close to me, I sat bolt upright, turned on the lights and saw, nothing. I switched off the lights and lay huddled in my bed facing the wall. I prayed. Eventually, I must have fallen asleep because next thing my 4.30 alarm and it was time to wake up the others to go bath and start on morning chores routine.

The following night, it happened again as before except this time I turned on the lights twice more than before and I saw, nothing. In the morning everyone confirmed the footsteps in the night. Except the one guy who had not heard them the first night, who was being pretty hysterical, for someone who heard nothing. He ran to the boarding master’s residence practically forming at mouth, screaming ghosts.

The boarding master was not amused being woken up by screams at 4 in the morning. “The are no such thing as ghosts” he said but he did offer to move us out of the dorm and squeeze us into one next to ablutions block.

I sought out the previous occupants of J17, the boarding master kept meticulous records so it was easy. The former DP told me about their similar encounters with the footsteps. The boarding master also made them a relocation offer, but one simply does not choose to willingly reside in a dorm next to communal ablutions block, unimaginable. So they opted to stay and move out only if they had to, they never had to.

We all also opted to stay in J17, all that is except the one guy who heard nothing.

Footsteps.
Slow, rhythmic, purposeful.
We heard them that night, the night after and all the nights we were residents of J17.
Ghosts, I have never seen one but I heard one.

This week’s entry for the #Blogbattle theme cave, a ghost story of sorts. I got so engrossed in telling myself telling you the story my word count went a little bit over.