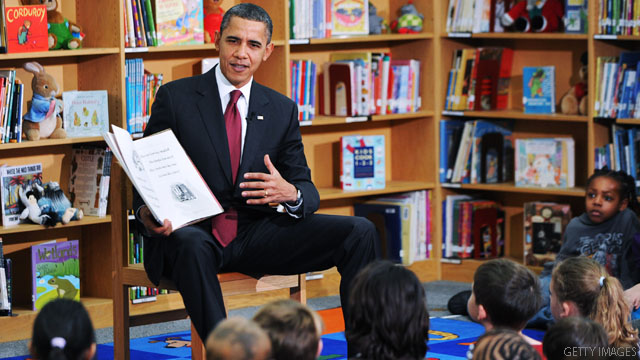 Former US President Barack Obama is in Africa for the first time since he left office; he draws great inspiration from Africa’s literary traditions and shared with me his recommended summer reading list (technically he didn’t share with me but the Obama Foundation passed it along to me as an interested party in the  Obama Foundation Leaders: Africa program.)

Things Fall Apart by Chinua Achebe
A true classic of world literature, this novel paints a picture of traditional society wrestling with the arrival of foreign influence, from Christian missionaries to British colonialism. A masterpiece that has inspired generations of writers in Nigeria, across Africa, and around the world.

A Grain of Wheat by Ngugi wa Thiong’o
A chronicle of the events leading up to Kenya’s independence, and a compelling story of how the transformative events of history weigh on individual lives and relationships.

Long Walk to Freedom by Nelson Mandela
Mandela’s life was one of the epic stories of the 20th century. This definitive memoir traces the arc of his life from a small village, to his years as a revolutionary, to his long imprisonment, and ultimately his ascension to unifying President, leader, and global icon. Essential reading for anyone who wants to understand history – and then go out and change it.

Americanah by Chimamanda Ngozi Adichie
From one of the world’s great contemporary writers comes the story of two Nigerians making their way in the U.S. and the UK, raising universal questions of race and belonging, the overseas experience for the African diaspora, and the search for identity and a home.

The Return by Hisham Matar
A beautifully-written memoir that skillfully balances a graceful guide through Libya’s recent history with the author’s dogged quest to find his father who disappeared in Gaddafi’s prisons.

The World As It Is by Ben Rhodes
It’s true, Ben does not have African blood running through his veins. But few others so closely see the world through my eyes like he can. Ben’s one of the few who’ve been with me since that first presidential campaign. His memoir is one of the smartest reflections I’ve seen as to how we approached foreign policy, and one of the most compelling stories I’ve seen about what it’s actually like to serve the American people for eight years in the White House.

President Obama will also address 200 emerging leaders who are in the Obama Foundation’s inaugural class of The Leaders: Africa program. A program to train and mentor the next generation of Africa’s leaders and exploring new ways to take on the biggest challenges in their communities.

You can find updates on this program on their website Obama.org or follow the hashtag #ObamaLeaders on social media

"The art of facilitative leadership is creating spaces where people can show up as their most authentic selves."
– @Kat_Mohono
#obamaleaders

On Tuesday, July 17th, President Obama will deliver the 16th Nelson Mandela Annual Lecture in Johannesburg. He’ll talk about how we can create the conditions to bridge divides, make change across ideological lines, and work together to resist oppression and inequality. The following day, July 18th, marks Mandela Day—the 100th anniversary of the South African leader’s birth—and people around the world will be honoring him by making a commitment to help make the world a better place.